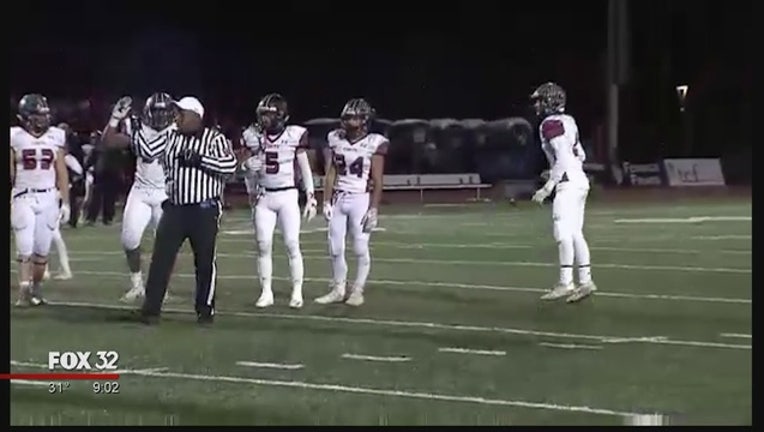 The controversy started when Plainfield North beat Fenwick in the Class 7A semifinal. Plainfield North won in overtime after an untimed down at the end of the game; afterwards, officials said that play never should have happened. Fenwick tried to get a judge to reverse the victory, but she refused.

On Saturday evening, Plainfield North faced East St. Louis in Champaign. The Flyers got on the board quickly and scored the first 26 points of the game. Plainfield North scored a couple times in the fourth quarter, but it was too little, too late.