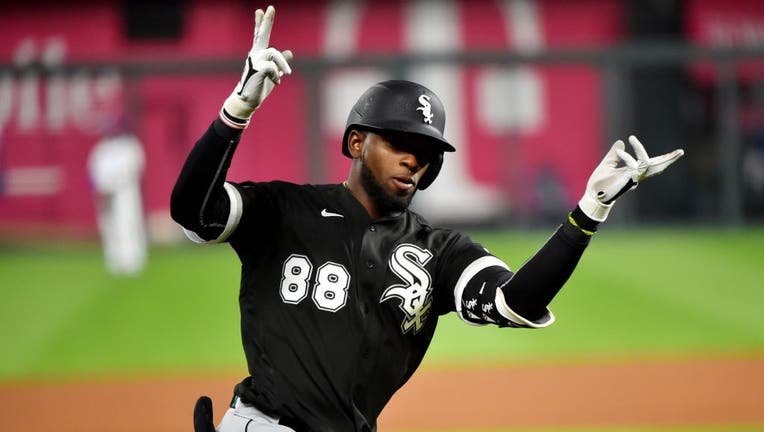 Robert was one of three White Sox to homer in the contest, joining Edwin Encarnacion and Tim Anderson.

“It was a very well-struck ball,” manager Rick Renteria said. “It was a pretty swing, and he got all of it.”

The White Sox pulled within a half-game of the idle Cleveland Indians for the lead in the American League Central. They lead the third-place Twins by one game.

Dylan Cease (5-2) picked up the win. He allowed three runs on four hits in five-plus innings. Cease only had one 1-2-3 inning, but he kept the Royals at bay.

“I don’t think I executed that great,” Cease said. “There was a lot of room to get better.”

Danny Duffy (2-3) took the loss for Kansas City, and he wasn’t happy about it.

“Nothing felt physically off in terms of stuff, it’s just that I couldn’t put my fastball where I wanted it today. There will be days like this. I walked five people,” Duffy said. “I think I might have doubled my walks this year. The free passes are what really kind of irks me. I’ve worked my butt off the last year to eliminate those. The five in a game is just unacceptable but so is five runs in an inning.”

The Royals got a run in the first when Hunter Dozier lined one over the wall in left center.

The White Sox answered in the second when Encarnacion blasted one 442 feet to left leading off. With one out, Duffy walked Robert, gave up back-to-back singles and walked Tim Anderson to force in a run.

Anderson, who is a career .300 hitter against the Royals, said familiarity breeds success.

“Nothing against them. I’m just locked in, I guess. I mean, you face these guys so many times, you kind of know what they want to do or what they’re thinking. For me it’s just being on time.”

After a wild pitch scored another run, Duffy walked Yasmani Grandal to load the bases again. Jose Abreu doubled off the wall, scoring two more. Alex Gordon’s 101st career outfield assist led to an out at the plate and the end of the inning.

Anderson extended the lead to 6-1in the fourth with a one-out home run.

Back to back doubles leading off the bottom of the sixth by Maikel Franco and Alex Gordon ended the night for Cease. Edward Olivarez, making his Royals debut, singled and then Nicky Lopez drove in Gordon and Olivarez with a double to right.

But the White Sox came storming back scoring five runs off reliever Jake Newberry in the seventh. Newberry faced six batters and five scored. Abreu drove in one with a single and Yoan Moncada drove in another with a sacrifice fly before Robert’s home run.

The Royals added a couple of runs in the eighth on RBI groundouts.

Royals RF/DH Jorge Soler was not in the lineup after coming out of Wednesday’s game with oblique irritation. Manager Mike Matheny said he was pleased with the progress he had made since Wednesday, and listed him as day-to-day.

The Royals recalled OF Edward Olivares from the Royals alternate site. He was acquired in the trade that sent closer Trevor Rosenthal to the Padres. To make room on the roster, LHP Randy Rosario was designated for assignment.

The White Sox will send rookie RHP Dane Dunning (0-0, 2.89 ERA) for his second straight start against the Royals. In his last outing, he threw five hitless innings, allowing only one walk and only one out to leave the infield.

Brady Singer (1-3, 5.19) will get the start for the Royals. Singer has lost his last two decisions. In his last start, against the White Sox, he took a no-decision when he allowed three runs on five hits in five innings.