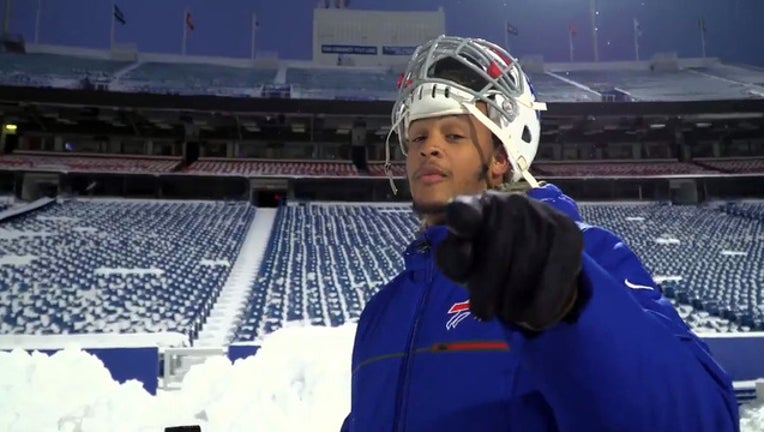 BUFFALO, N.Y. (FOX 13) - Hey Buffalo fans, the Bills need you to hit the field – with a snow shovel.  The team put out the call for help to clear the field of snow in time for Sunday’s game against the Colts.

Parts of western New York got as much as a foot and a half of snow in what the Buffalo News called the “first significant lake-effect event of the season.”

Video shared by the team showed New Era Field in Orchard Park covered in snow as 300-pound offensive tackle Dion Dawkins – who goes by the nickname ‘Shnowman’ – tries to tackle the snow himself.  He apparently decides a lineman-sized snow angel is a better idea.

Snow-shovelers won’t make Dawkins-level pay, but they will earn $11 per hour and those who work at least four hours will also walk away with a game ticket.  The team asks workers to bring their own shovels but “shovels will be provided if you do not have one.”

The Bills say work will get underway around noon today and they hope to be done by around 8 p.m.