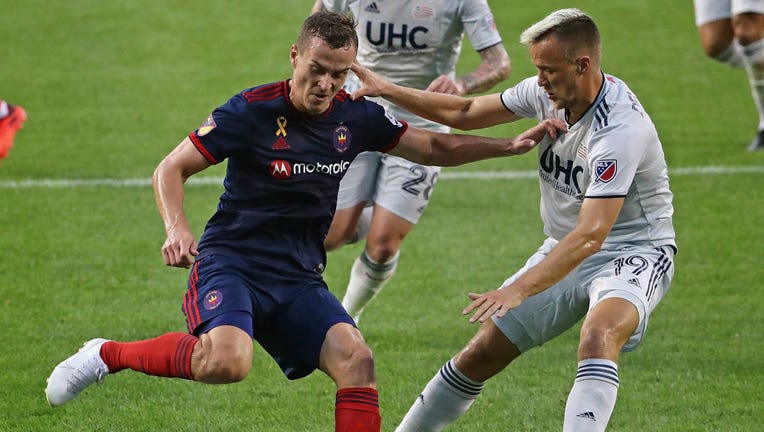 Adam Buksa #9 of New England Revolution heads the ball away on a corner kick against the Chicago Fire at Soldier Field on September 06, 2020 in Chicago, Illinois. (Jonathan Daniel/Getty Images / Getty Images)

Bunbury scored to the near post in the third minute, shooting between goalie Bobby Shuttleworth’s legs. Bunbury fired a shot just under the crossbar from distance in the 54th for his fourth goal of the season.

Fabian Herbers scored in the 22nd minute for Chicago, tapping a right-footed shot to the near post that beat goalie Matt Turner. The Fire’s Boris Sekulic and Francisco Calvo missed on headers in the second half.