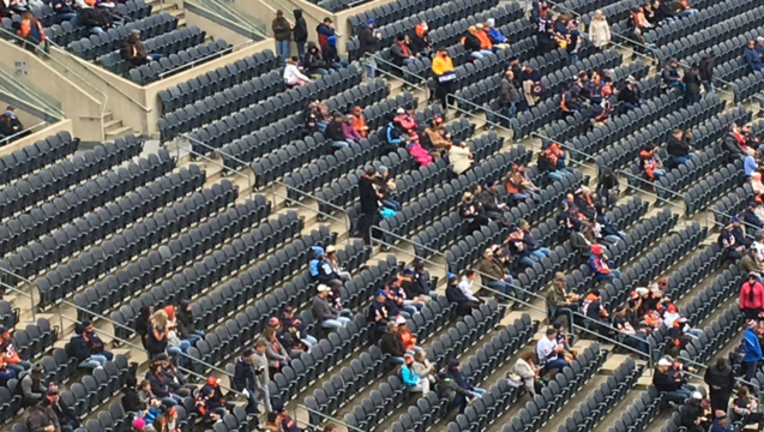 FOX 32 Sports anchor Lou Canellis shared video on Twitter of the stands appearing to be half-empty. And Kevin Fishbain, a Chicago Bears beat reporter for the Northwest Herald, tweeted that the team distributed 59,494 tickets, but only 48,408 people showed up. That means 11,086 tickets were unused. Soldier Field's capacity is 61,500.

Steve Buzil of SitClose Tickets told FOX 32 that usually on Thanksgiving weekend, ticket prices go up, because college students are home and people are feeling generous. Buzil said that's not the case with the Bears this year.

"I think the Bears are going to have to start paying people to come to their games," Buzil said.

We reported on August that on the secondary market, the average Bears ticket was selling for $255. But in the days leading up to Thanksgiving, we found $40 tickets in the 400 level; the face value for those tickets was $115.

This is the fourth consecutive year that the value of a Bears ticket has dropped.