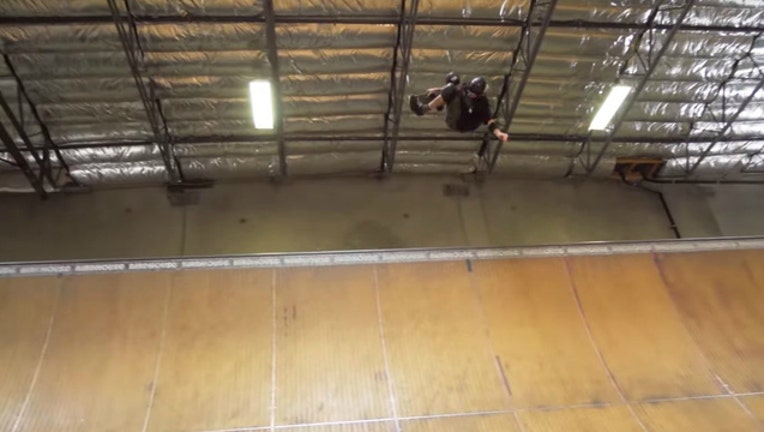 Online video showed the 48-year-old trying and failing repeatedly on Monday to recreate the skate-trick breakthrough he completed at the 1999 X Games. When he finally lands it, he triumphantly whips off his helmet and elbow pads.

In the video, Hawk said he was making the attempt because he felt like he could, but adds "I never thought I'd be doing this at my age."

Jared Prindle of Hawk's 900 Films says Hawk is sore after his multiple tumbles, but "he's been rocked much harder for doing much smaller things."