CHICAGO - Trey Mancini and the Chicago Cubs finalized a two-year contract on Friday.

He struggled at the plate with Houston and finished the season batting .239 with 18 home runs, 63 RBIs and a .710 OPS overall for the Orioles and Astros. He was pressed into service late in Game 5 of the World Series against Philadelphia when Gold Glove first baseman Yuli Gurriel sprained his right knee, and Mancini — playing in the field for the first time in a month — turned in a terrific defensive play that helped the Astros hold on for a 3-2 victory. 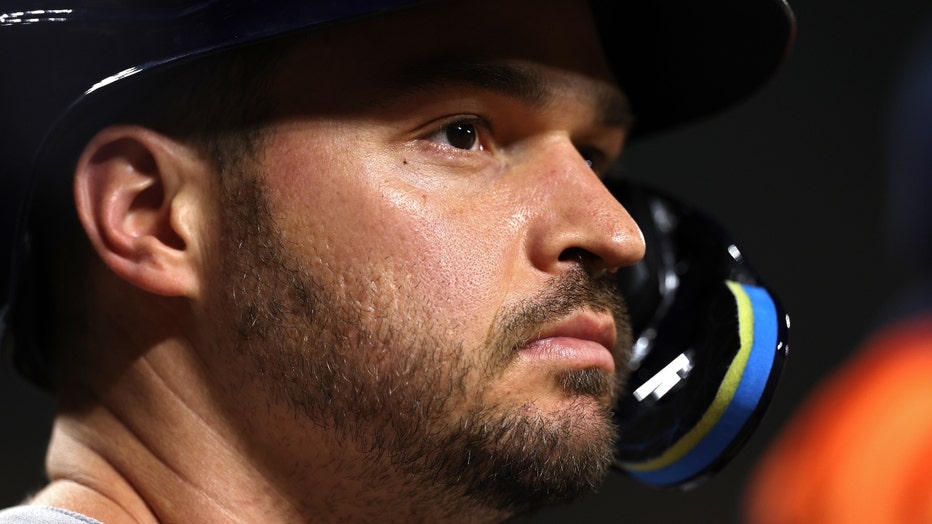 Trey Mancini looks on before batting against the Baltimore Orioles at Oriole Park at Camden Yards on September 22, 2022 in Baltimore, Maryland. (Patrick Smith/Getty Images / Getty Images)

Mancini, who turns 31 in March, brings a right-handed bat with power and could be a primary option at designated hitter for the Cubs. He plays first base and the corner outfield spots, also giving Chicago a potential platoon partner for new first baseman Eric Hosmer, a left-handed hitter.