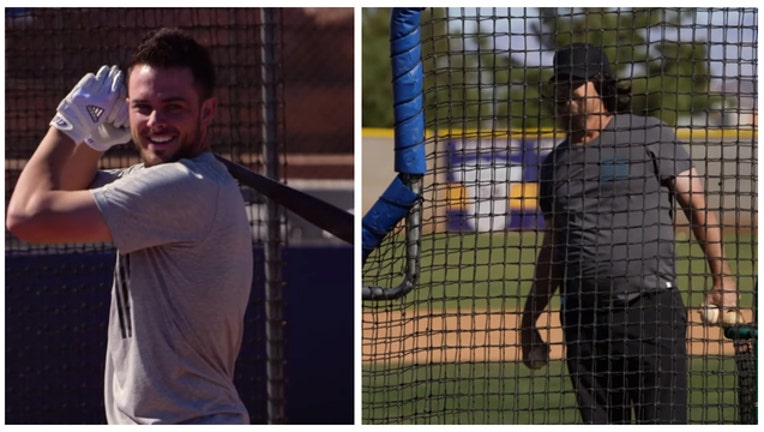 LAS VEGAS (AP) - Greg Maddux fooled plenty of hitters during his career - but maybe never in a disguise.

In a video posted Thursday , the Hall of Fame pitcher donned a fake beard and posed as a sound guy throwing his trademark curveball during a round of batting practice with unsuspecting Chicago Cubs star Kris Bryant.

The prank's premise: Maddux patiently held a boom mic and offered occasional swing critiques during a video shoot while Bryant took cuts against another pitcher who left, allowing Maddux to step in.

"This sound guy's got a good curveball - what is this?" asked Bryant, laughing.

The reveal came when the pitcher asked Bryant to sign the bat "to Greg Maddux."

Last year Bryant pranked a community college team by convincing them he was a transfer.