Diehard White Sox fans can purchase a cardboard cutout of themselves that will be displayed at the field during the team's opening three game series against the Minnesota Twins July 24 to 26.

CHICAGO - It is a creative way to get your head in the game.

The White Sox are doing what they can to get their fans in the stadium during the coronavirus pandemic.

Fans will not be able to sit in the stands for the South Side team’s home opener in a couple of weeks, but they can still have their smiling faces there thanks to a creative new initiative.

Baseball at Guaranteed Rate Field may not quite be as you pictured it this summer.

“We’re disappointed that fans aren’t going to be able to be in the ballpark in person on opening day,” said Christine O’Reilly, VP of Community Relations for the Chicago White Sox.

But it may feature a picture of you. It is all thanks to a new initiative called, “Fantastic Faces.”

Diehard fans can purchase a cardboard cutout of themselves that will be displayed at the field during the team's opening three game series against the Minnesota Twins July 24 to 26. 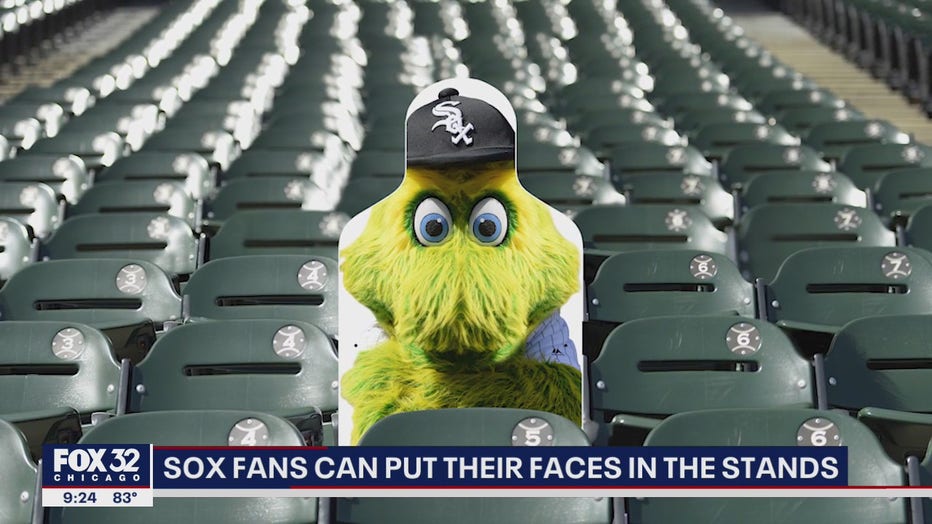 O’Reilly says it is a way to let the team know you are with them in spirit.

“I think for the fans watching from home, it’s going to make them feel that connection,” O’Reilly said.

Here is how it works: go to whitesox.com/fantasticfaces and submit a photo -- and be sure to follow the guidelines. About 1,500 will eventually fill the stands.

“We’ll upload those images, we’ll put them on like a life-sized bust, install them into the seats,” O’Reilly said.

A cutout costs $49 and all of the proceeds will benefit Chicago White Sox Charities, which supports hundreds of Chicago based organizations.

O'Reilly says fans will probably be able to pick up their cutouts in August when the team is on the road.