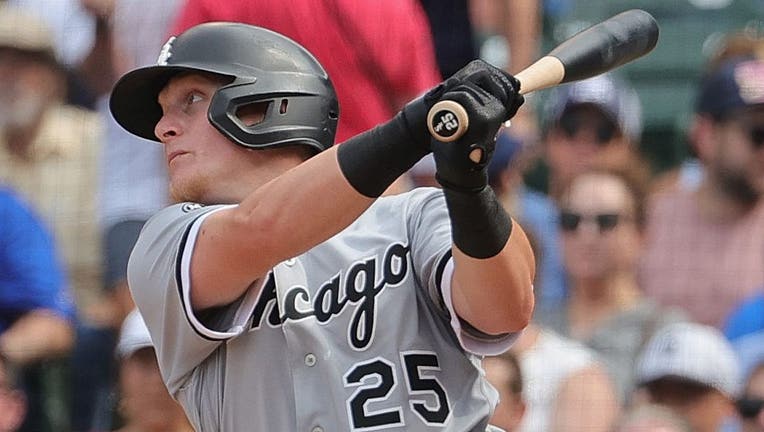 Andrew Vaughn #25 of the Chicago White Sox bats against the Chicago Cubs at Wrigley Field on August 06, 2021 in Chicago, Illinois. The White Sox defeated the Cubs 8-6 in 10 innings. (Photo by Jonathan Daniel/Getty Images)

Vaughn has not played since he was struck by a pitch from Los Angeles Angels right-hander Mike Mayers on Friday. He is batting .283 with four home runs and a team-leading 12 RBIs in 16 games. The No. 3 overall pick in the 2019 amateur draft, Vaughn hit .235 with 15 homers and 48 RBIs as a rookie last season.

Chicago was tied for second in the AL Central with Cleveland through Wednesday at 11-13. The White Sox, who have won three straight, open a three-game series at Boston on Friday.