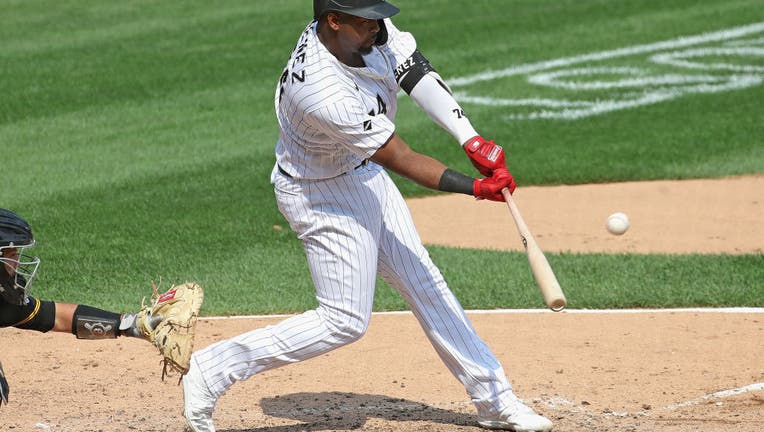 Hahn said the timeline hasn’t changed, though he left the door open for Jiménez to return sooner.

"There’s a chance, certainly, that he beats that traditional timeframe for this type of injury of five to six months," he said. "But quite candidly, no one’s going to know that for at least 12 weeks until he’s completed the healing process and the rehabilitation side of this injury."

Jiménez was hurt last week in a spring training game against Oakland when he tried to make a leaping grab at the wall on Sean Murphy’s home run. The injury led to more questions about whether he is better suited for designated hitter than left field, where he has gotten hurt a couple times since his big league debut in 2019.

The 24-year-old Jiménez, who throws and bats right-handed, was acquired in a July 2017 trade with the crosstown Cubs. He hit 31 homers in his first year in the majors in 2019. He batted .296 with 14 homers and 41 RBIs in 55 games during the pandemic-shortened season.

Chicago is looking for a deep postseason run after it made the playoffs last year for first time since 2008. With Tim Anderson, AL MVP José Abreu and Yoán Moncada, the White Sox have a potent lineup. But Jiménez’s injury leaves them without one of their most dangerous hitters.

Manager Tony La Russa said he is leaning toward having Leury Garcia start Thursday’s opener at the Los Angeles Angels in left field with rookie Andrew Vaughn at designated hitter. But Vaughn, a first baseman who was selected by the White Sox with the No. 3 overall pick in the 2019 amateur draft, figures to get time in left this season.