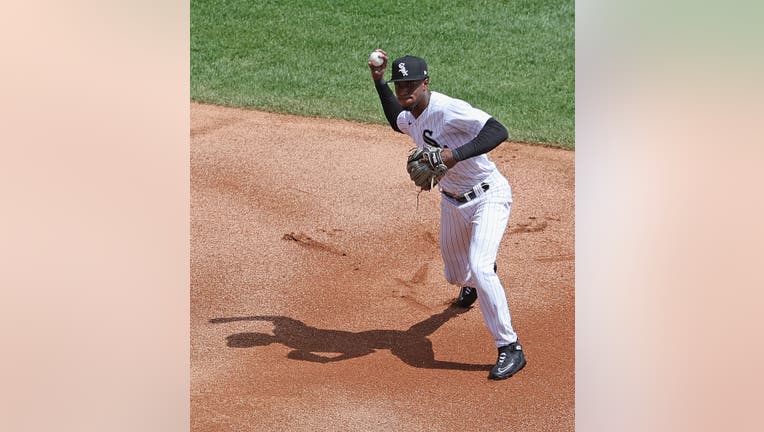 CHICAGO, ILLINOIS - APRIL 15: Tim Anderson #7 of the Chicago White Sox throws to first base against the Cleveland Indians at Guaranteed Rate Field on April 15, 2021 in Chicago, Illinois. All players are wearing the number 42 in honor of Jackie Robins

CHICAGO - White Sox shortstop Tim Anderson has been suspended for three games and fined for making contact with umpire Tim Timmons during Monday’s 8-7 win at Detroit.

Major League Baseball announced the punishment on Wednesday. Anderson decided to appeal, and he was in the starting lineup for Chicago’s home game against Cincinnati.

Anderson made contact with Timmons during the ninth inning against the Tigers, according to the release from MLB.

The benches cleared after Chicago slugger José Abreu and Detroit shortstop Niko Goodrum exchanged words when Abreu was tagged out attempting to steal second. The dustup occurred after Abreu was hit by a pitch for the 21st time this season.

The White Sox are headed to the postseason after clinching the AL Central title. Anderson is allowed to keep playing while the appeal process plays out, so his suspension could wait until next year.

After the series finale against the Reds, the White Sox have three games left, and Anderson won’t have to complete his suspension in the playoffs.