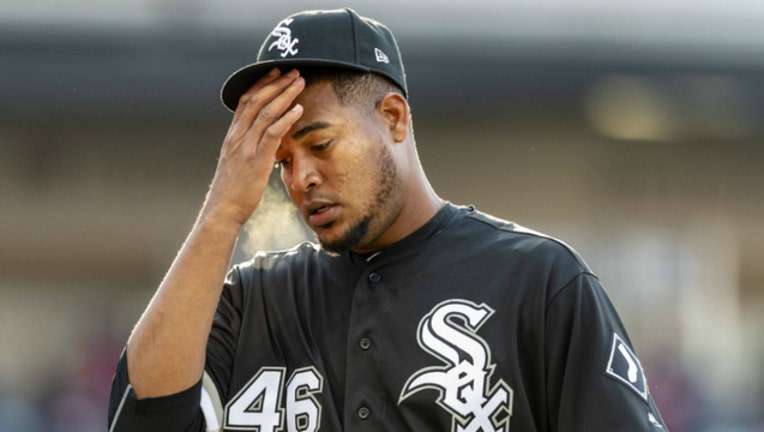 Pitcher Ivan Nova #46 of the Chicago White Sox rects after giving up a run sixth inning against the Cleveland Indians at Progressive Field during the Indians Home Opener on April 1, 2019 in Cleveland, Ohio. (Photo by Jason Miller/Getty Images)

DETROIT (AP) - The game between the Detroit Tigers and Chicago White Sox has been postponed because of rain and rescheduled as part of a doubleheader on Aug. 6.

The teams will wrap up the series on Sunday with a different approach to pitching. The Tigers will bump left-hander Daniel Norris (0-0, 4.32 ERA) to Sunday, while the White Sox will skip right-hander Ervin Santana (0-1, 10.38) in favor of right-hander Reynaldo Lopez (1-2, 8.84).

Norris will make his first start of the season and seek his first win since Sept. 28, 2017.

Both managers missed the end of Friday night's 7-3 Chicago win. Detroit's Ron Gardenhire was ejected in the fifth inning for arguing with the plate umpire. Rick Renteria was serving a one-game suspension for his role in a bench-clearing fracas Wednesday against Kansas City.