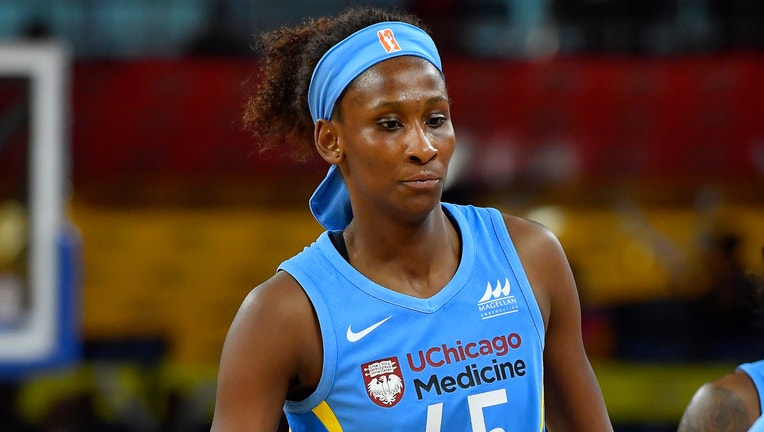 NEW YORK - The WNBA has rescinded a technical foul against Chicago forward Astou Ndour, who was ejected for making contact with an official during the Sky's loss to Washington on Sunday.

With 3:02 left in the second quarter, Ndour, whose first language isn't English, reached out to try to talk to referee Kevin Fahy, gesturing with her right arm and stopping him. Video shows Fahy looking shocked at being touched gently in the side, then emphatically giving Ndour a technical and ejection.

According to WNBA rules, any player who makes intentional physical contact with an official is automatically ejected from the game.

Ndour, who was born in Senegal and has played for Spain's national team, took to Twitter after the game to say she disagreed with the call but respected the decision.

The WNBA also disagreed. It said in a statement Monday: "After a league review, we have determined that the technical foul against Chicago's Astou Ndour should not have been assessed."

The Sky were happy with the league's decision. Had the ejection stood, Ndour would have been forced to sit out Chicago's playoff game against Phoenix on Wednesday night because league rules dictate that contact with an official carries a minimum one-game suspension.

"We are very pleased with the WNBA's decision to rescind the technical foul and ejection of Astou Ndour," Chicago coach and GM James Wade said. "I would like to thank all the players and coaches who reached out and were supportive as well as the fans who spoke out and had our back - we truly appreciate that. That is why this is the best league in the world. Now we're focused on the playoffs."