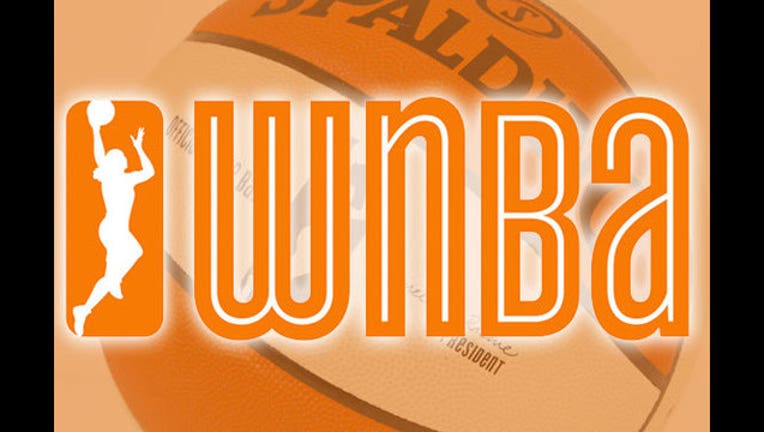 NEW YORK (AP) - The WNBA tips off its 20th season this weekend with the return of some familiar faces and the finale for others.

Diana Taurasi is back for the Phoenix Mercury after sitting out last year to rest.

"I had little injuries that I could play through but when you don't feel good physically, it starts draining on you," Taurasi said earlier this week. "Mentally I needed a little bit of a break. I just needed to recharge. ... I had one of my best years in Russia. Now I'm back here and ready to go."

She's not the only one raring to start the season. Skylar Diggins and Chiney Ogwumike are returning too after being sidelined by injuries last year. Diggins tore her anterior cruciate ligament early in the season while Ogwumike was recovering from microfracture surgery in her knee and missed the entire year.

"I'm excited. I'm anxious," Diggins said. "New market ... All this rehab, and all this stuff, just to get to this point. It's time, so I'm definitely excited."

Diggins hopes to pick up where she left off before she was injured last year. She'll be doing it in front of a new fan base as Tulsa moved to Dallas in the offseason.

"The buzz around our team, the buzz around the 20th year of the WNBA. It's a big year, so it all seems like it's coming together nicely," she said.

While those three are hoping to make triumphant returns, Tamika Catchings will be donning an Indiana Fever uniform for the final time as she announced prior to last season that she would retire at the end of this year.

"I am trying to soak up every single moment we have together," she said. "Even through training camp and making sure we're doing all the things we're supposed to be doing, and I'm doing as much as I can, soak in the good times and the bad times. It's going to be really special."

Catchings, who is starting her 15th year in the league, came so close to leading the Fever to their second WNBA championship in franchise history before falling to the Minnesota Lynx in the decisive game of their best-of-five series.

Minnesota is aiming for its fourth championship in six years and will try and become just the third team in the history of the league to repeat as champions. The Lynx will receive their championship rings on Saturday before they face Phoenix in the opener. Minnesota and Phoenix are 1-2 in the inaugural Associated Press WNBA power poll released Friday.

"Minnesota is a great team. They proved it last year by winning the WNBA championship and I'm sure they're favorites to win it this year," Taurasi said. "We're going to go out there and worry about ourselves this season."

The road to the title will be different this season as the league changed its playoff format. Now the top eight teams, regardless of conference, will make the postseason. This would allow the best two teams to potentially play for the title no matter if they are in the East or West.

That's not the only change the league made this offseason. The WNBA went to a more balanced schedule allowing its stars like MVP Elena Delle Donne and Maya Moore to play in more cities more often. It also will give a chance for No. 1 pick Breanna Stewart to return East more. The UConn grad, drafted by Seattle, will make two trips to New York and one to Connecticut.

"It's a great change and definitely one that I'm happy about," Delle Donne said. "Any chance we have to showcase our great players to more fans is great for the league."

The WNBA also has a new president as Lisa Borders took over in March.

The league is getting an early start this season with the Rio Olympics set to take place this summer. The WNBA will take a break from July 23-Aug. 25.

AP Sports Writers Michael Marot in Indianapolis, Stephen Hawkins in Dallas and Bob Baum in Phoenix contributed to this story.