CHICAGO - The Chicago Bulls have signed Zach LaVine to a 5-year, $215 million max contract, according to multiple reports.

The deal allegedly includes a player option in year 5, according to The Athletic. LaVine, who has earned All-Star nods the past two seasons, posted 24.4 points per game in his last five seasons with the team.

Before Friday, LaVine and the Bulls were optimistic they could reach a deal. The most he could have gotten from another team is approximately $157 million over four years.

The past season wasn’t exactly an easy one for LaVine. He dealt with a thumb injury early and was in and out of the lineup the final few months because of a left knee injury. 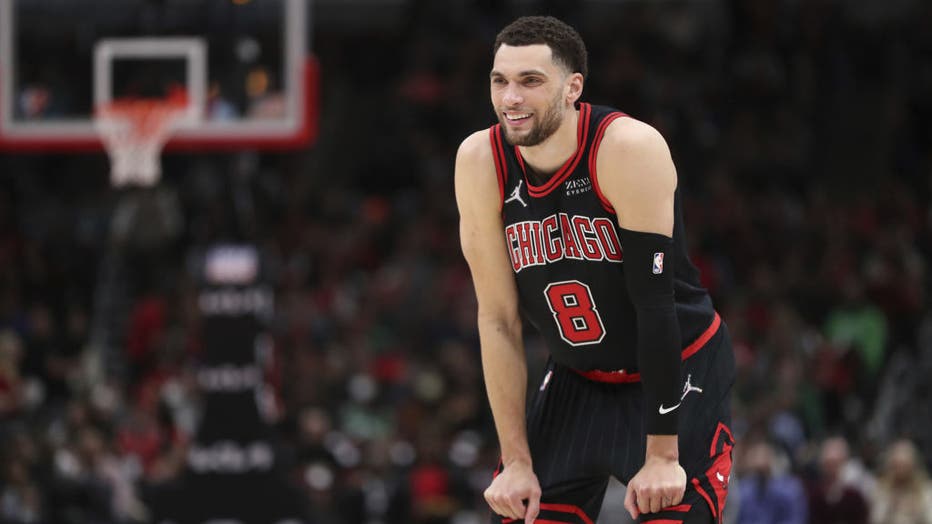 The Chicago Bulls&apos; Zach LaVine (8) flashes a smile during a game at the United Center on April 6, 2022, in Chicago. (Brian Cassella/Chicago Tribune/Tribune News Service via Getty Images)

LaVine had platelet-rich plasma therapy, a cortisone injection and fluid drained from his knee in Los Angeles before the All-Star break. He had arthroscopic surgery on it last month.

The Bulls went 46-36 and made the playoffs for the first time since 2017 following a major makeover, with DeMar DeRozan and LaVine leading the way.