Snow and bitter cold: 10 p.m. forecast for Chicagoland on Feb. 8

CHICAGO - Another round of snow dropped nearly 3 inches on the Chicago area Monday afternoon as forecasters predict the deep freeze to continue for another week.

But on the plus side, it’s not expected to be very windy, he said.

Northern Illinois and northwest Indiana were under a winter weather advisory until 10 p.m. Monday.

Meanwhile, the deep freeze showed no signs of leaving.

Daily high temperatures aren’t expected to reach the mid-20s through Friday. And nightly lows are expected to continue to dip below zero, with the possibility for wind chills down to minus 20 degrees. 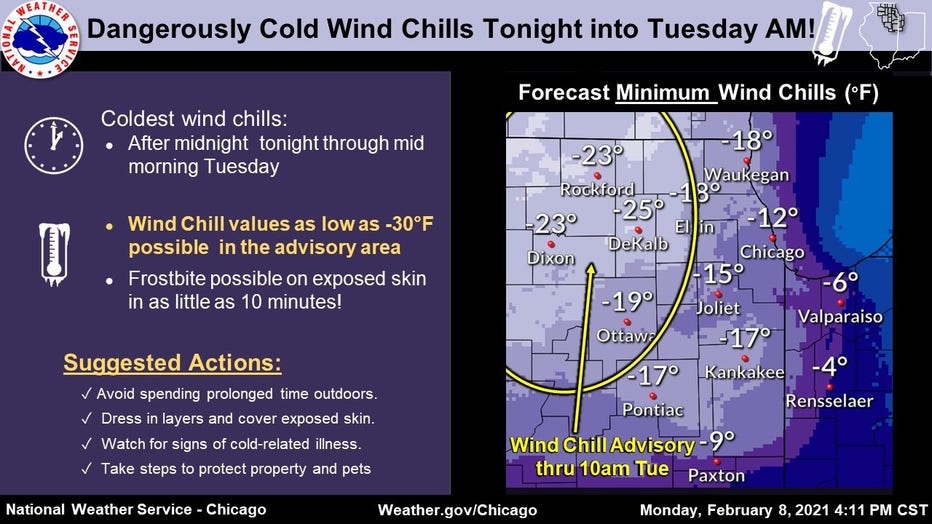 "We certainly don’t have anything in the next seven days where we’d reach freezing," Lenning said.

Chicago has been hit with several snow storms in the past month. O’Hare has recorded 28.5 inches of snow so far this season, well surpassing the season’s average of 22.9 inches, Lenning said.