According to NOAA, 2022 brought 18 billion-dollar disasters to the contiguous United States. That ties for the third-highest number since 1980. The two years prior to 2022 were the only years to see more. 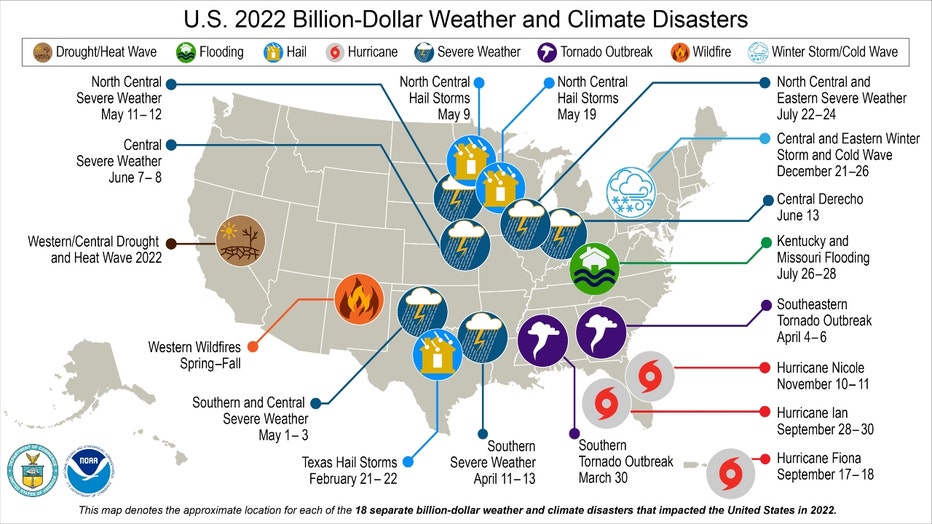 These billion-dollar disasters are both costly and deadly. 474 people perished because of them last year. These events tallied up $165 billion in damage. That marks the third-highest cost total on record. That brings the total damages since 1980 for our country to $2.475 trillion dollars from 341 different billion-dollar disasters.

These disasters are becoming more frequent. The annual inflation-adjusted number of billion-dollar events from 1980 to 2022 was 7.9, but that number has more than doubled over the past five years to 17.8 events.

Only 2005 and 2017 saw a higher damage total that last year. 2022 was the third-highest year on record in terms of cost with a price tag of $165 billion. Last year marked the 8th straight year with 10 or more billion-dollar weather disasters. 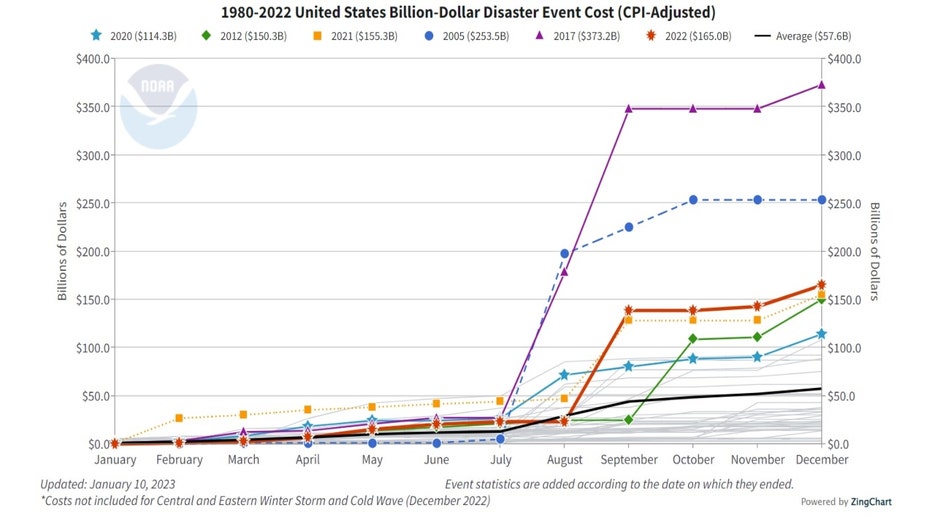 The increasing frequency of these events means less time between them. During the period from 2017 to 2021 there were only 18 days on average between billion-dollar disasters according to Climate Central. That compares to 82 days between disasters in the 1980s. 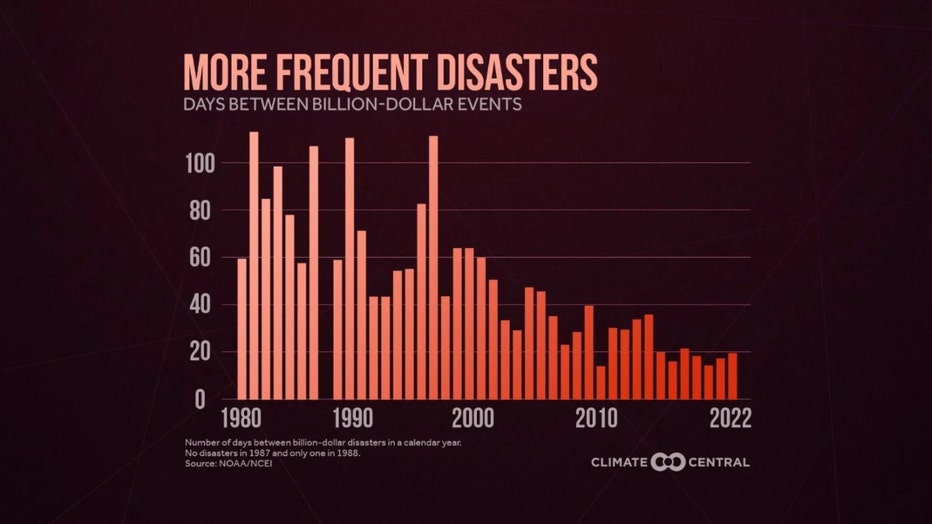 It does not seem to be a coincidence that the number of these extreme events is climbing as our earth's "fever" gets worse. Last year was the world's 6th warmest on record and the 18th warmest year for the United States. NOAA states that "climate change is increasing the frequency of some types of extremes that lead to billion-dollar disasters". The American Meteorological Society has published several papers on "how human-caused climate change may have affected the strength and likelihood of extreme events".

It is scary to think that next year could be the first year we pass the significant threshold of 1.5 degrees Celsius warming above pre-industrial levels on earth. 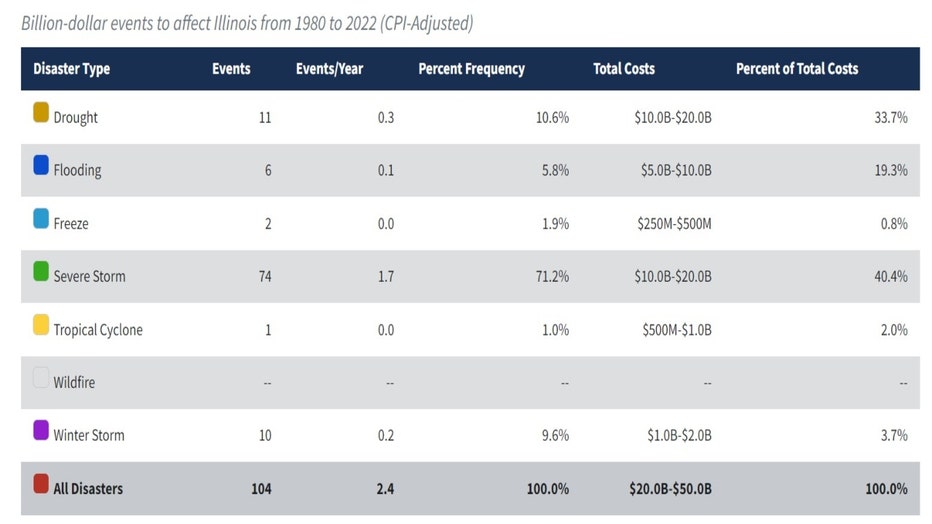 While not billion-dollar events, there were a plethora of severe weather incidents across Illinois in 2022.

The Storm Prediction Center tracks severe weather reports across the country that include damaging winds, large hail and tornadoes. Illinois had an active 2022 with nearly 700 reports statewide. The 34 reports of tornadoes is close to the annual average for our state. 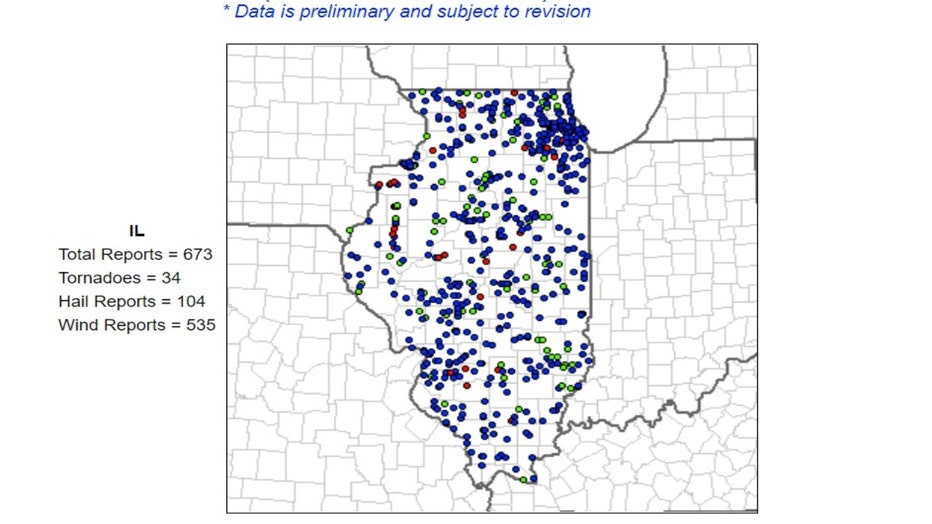 The National Weather Service has a summary of 18 significant weather events that occurred over the course of 2022. 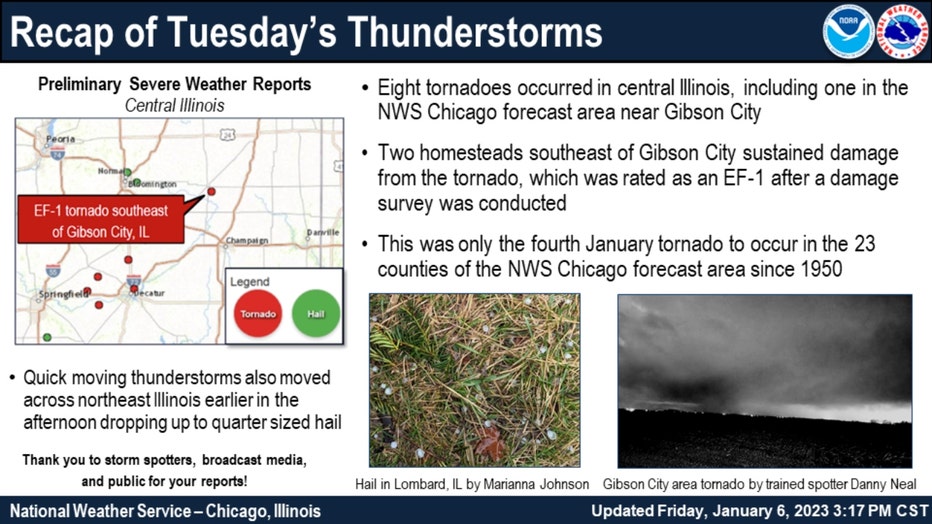 This year is off to a busy start. Just three days into 2023 and we already saw another significant severe weather event in our state. Eight tornadoes spun up on Jan. 3 with the closest to Chicago of them bringing damage to Gibson City.