Hang in there. We get a reprieve from chilly spring weather at least for a few days this week. We will warm up through Wednesday with highs soaring to near 70 degrees by the middle of the week. Average highs for this time of the year are in the upper 50s.

Enjoy it while you can. Temperatures then tumble with highs falling back to near 50 degrees for possible seven straight days.

The National Blend Of Models forecast for the next several days shows the rise and then fall of temperatures. 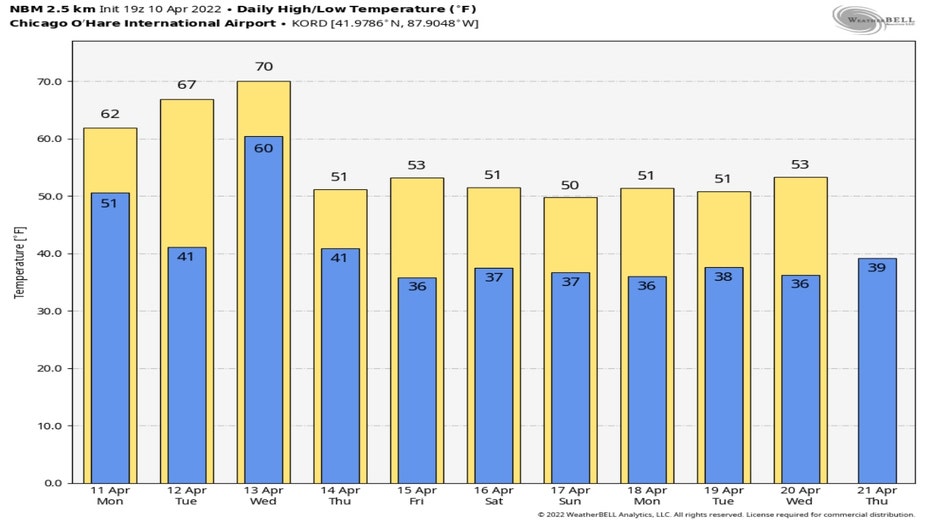 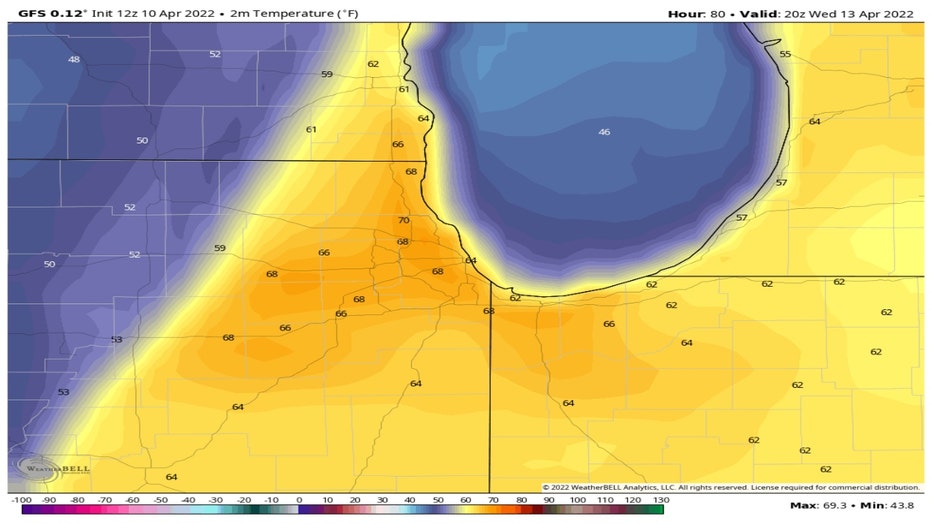 The GFS model show our highs climbing to near 70 degrees Wednesday afternoon. A strong cold front is forecast to sweep across the area late Wednesday into Wednesday night. Notice the colder 50s, represented by the blue color, pushing in from the west around 3 pm that day. 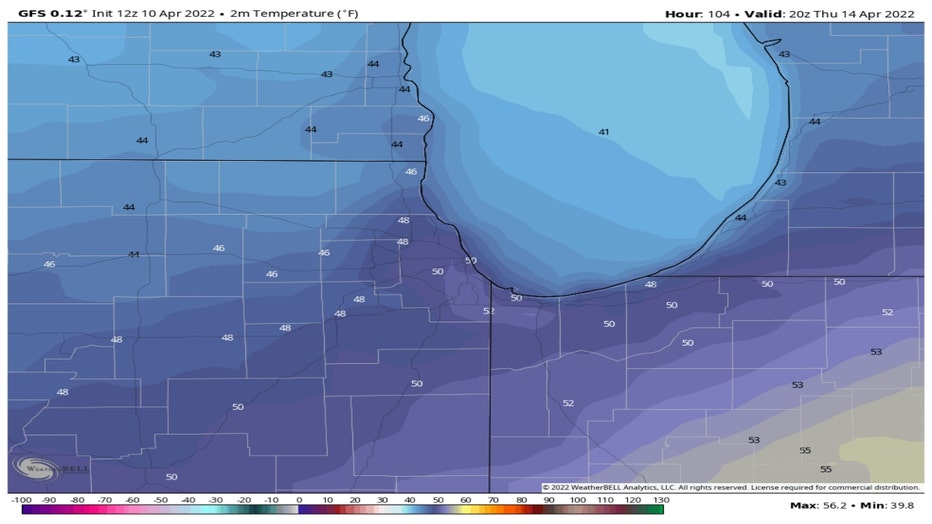 The GFS model then brings all blue in for Thursday afternoon as our highs fall to near 50 degrees. Winds may gust Thursday to near 50 mph as the colder air comes crashing in. 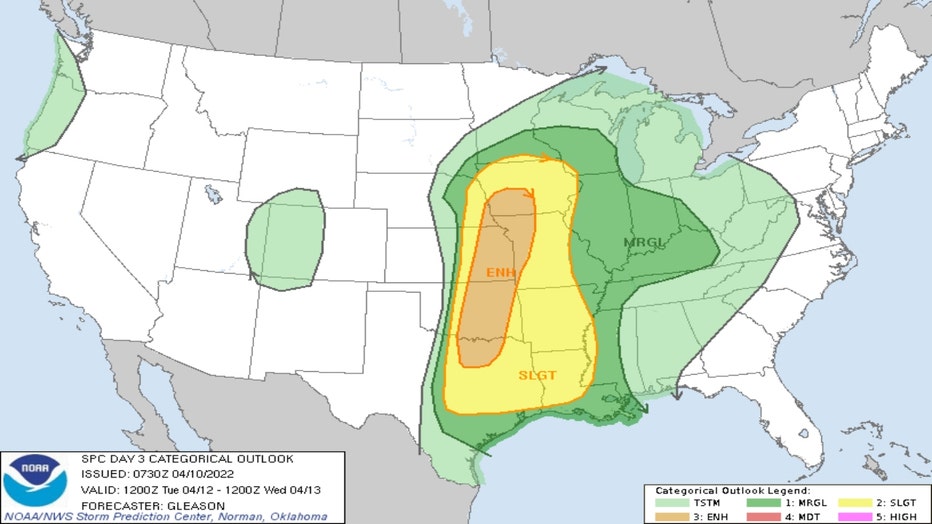 The convective outlook for Wednesday and Wednesday night will be issued Monday. I suspect the severe weather risk will be at least marginal or even higher for late Wednesday into early Thursday morning here. 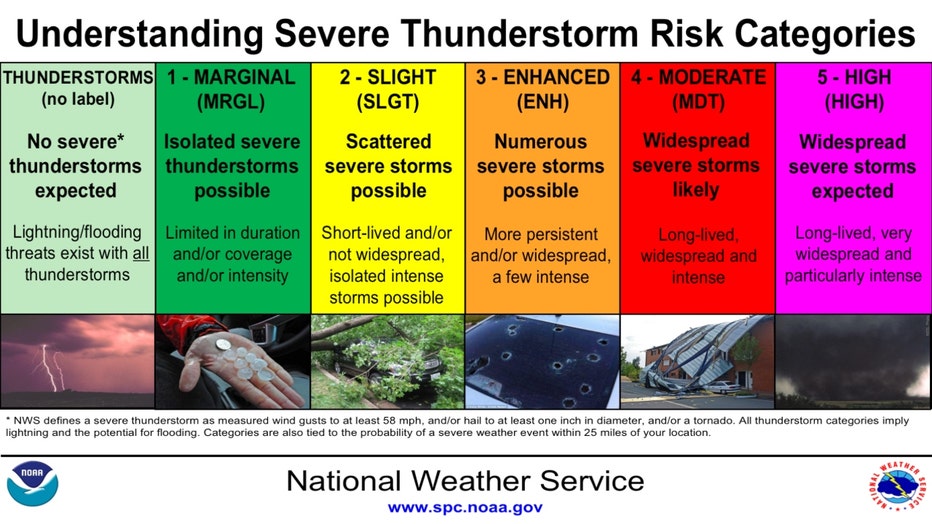 This is an evolving situation and should be monitored closely this week. The ingredients will be in place for a severe weather outbreak in the middle of the country. A deep area of low pressure at the surface over eastern Colorado will draw warmer, moist air from the Gulf of Mexico while colder air will sink south and east behind a cold front trailing south of the low. Wind shear will accompany this storm too. That means a change in wind speed, and/or wind direction with height through an atmosphere that could be rather unstable.

To round out a potentially wild week of weather there is even a chance for some wet flakes of snow to fly Saturday night into early Sunday.