Chicago - Friday is day three of the deep freeze in Chicago. O'Hare dipped below zero for the first time since the middle of February last year. Today will be the coldest day of the season so far. Arctic air arrived on Wednesday and will eventually relinquish its grip by the weekend with highs above freezing expected Saturday.

I posted earlier in the week about some of the benefits of cold weather. There is at least one more that I failed to mention. It is a fairly rare phenomena around here but when it occurs, it is beautiful. "Light pillars" have been observed the past few frigid nights. During the day the same effect can occur which is called "sun pillars".

Here is the National Weather Service definition of a sun pillar:

Sun Pillars appear as a shaft of light extending vertically above the sun, most often at sunrise or sundown. They develop as a result of ice crystals slowly falling through the air, reflecting the sun's rays off of them. 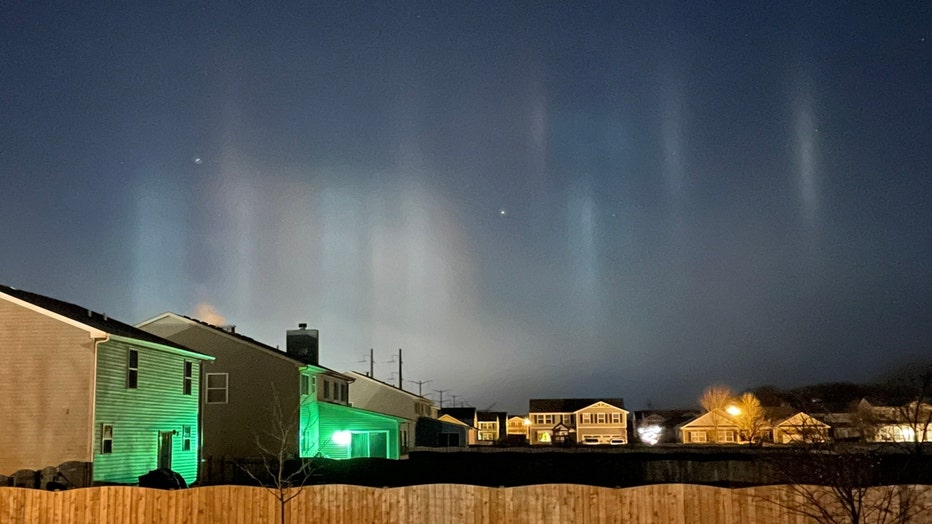 The photo above is from Dave Hanson.  He captured these light pillars over Yorkville. 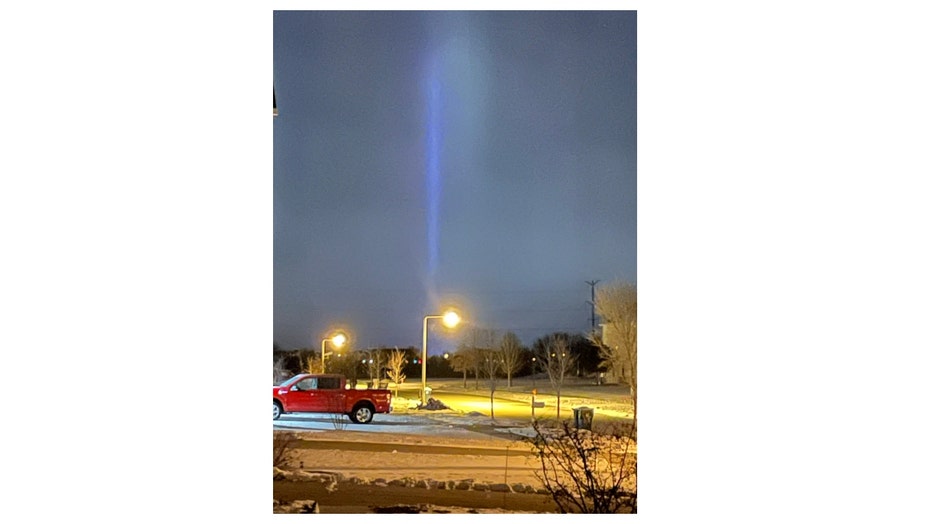 This nighttime optical phenomena is the result of ice crystals in the Arctic air refracting light and creating these beams that appear to shoot upwards. The pillars of light tend to take on the colors of the light source. The end product is eye-catching and beautiful 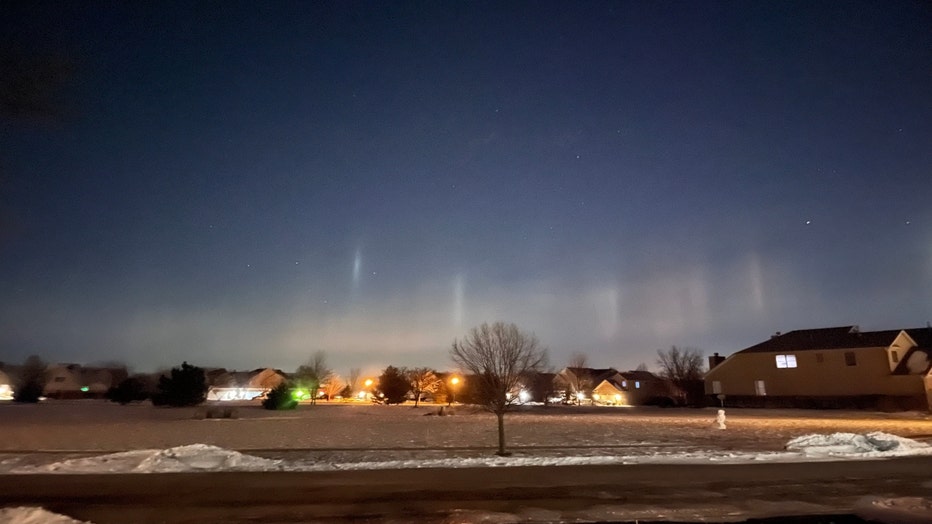 Here is a shot of light pillars above a neighborhood in northern Lake County. My wife took this picture and the one below while walking our dog. 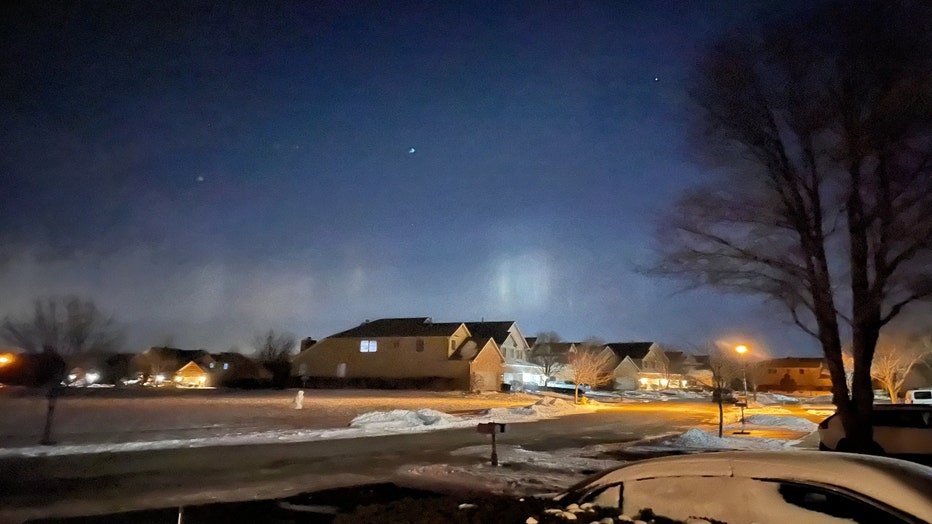 Monday could be cold enough for more light pillars as another round of Arctic air arrives.