CHICAGO - Chicago is about to experience another round of weather whiplash. After an overall cool April and a relatively chilly start to May, we may effectively skip what's left of spring and jump right into summer next week. At the very least it will feel just like July by Tuesday.

Next week promises to be just the opposite with temperatures running between 10 to 15 degrees above average. 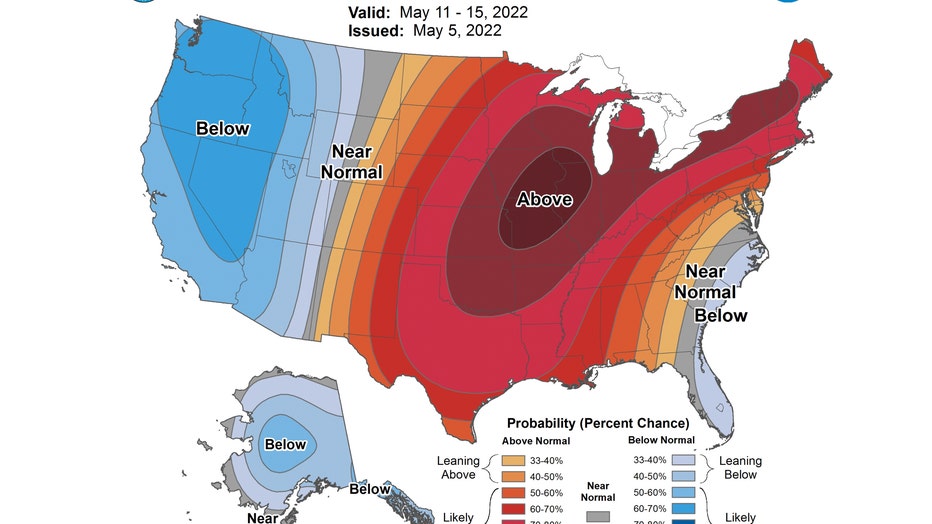 The 6-10 day temperature outlook from the Climate Prediction Center has a red bullseye centered over northern Illinois.

This represents the portion of the country that has the highest probability of seeing above average temperatures overall from next Wednesday through the following Sunday. We will be "likely above" normal during this period. 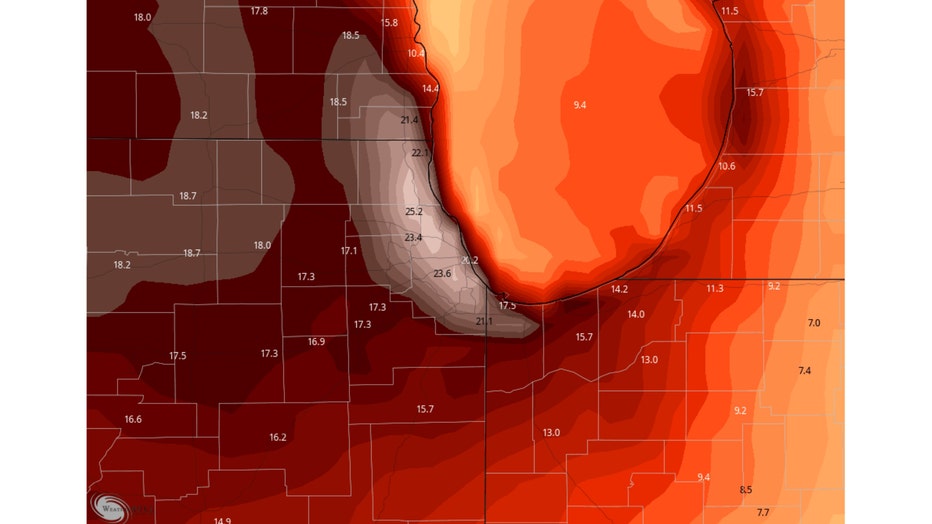 By Tuesday our highs will soar into the 80s. The GFS model's temperature anomaly forecast for Tuesday afternoon has our temperatures running between 16 to 25 degrees above average.

The average high for May 10th is 68 degrees so that suggests a few spots could come close to 90 degrees. 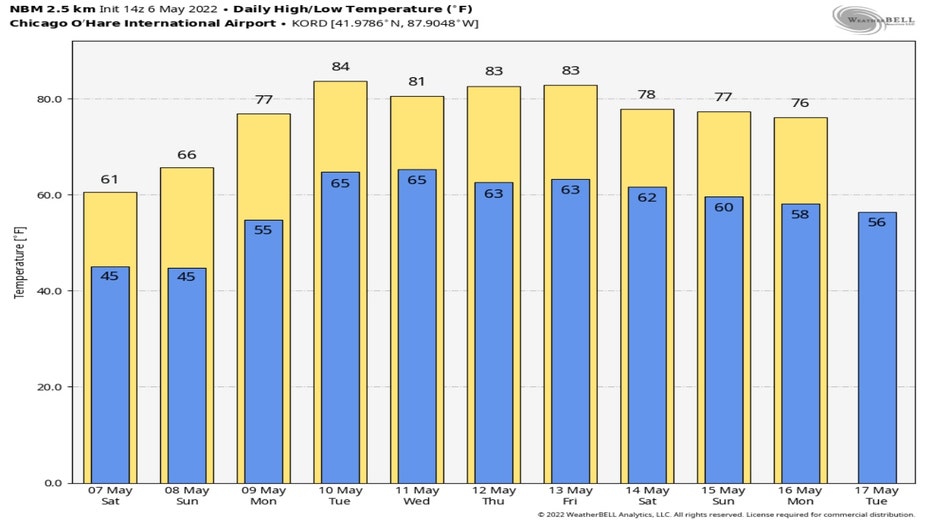 The National Blend Of Models long range forecast has our highs bouncing back into the 60s this weekend, 70s by Monday and then a streak of 80s from next Tuesday through Friday. The last time we had four straight days with a high of 80 degrees or more was the middle of September.

So it is safe to put your winter jackets away this weekend and get your shorts out.