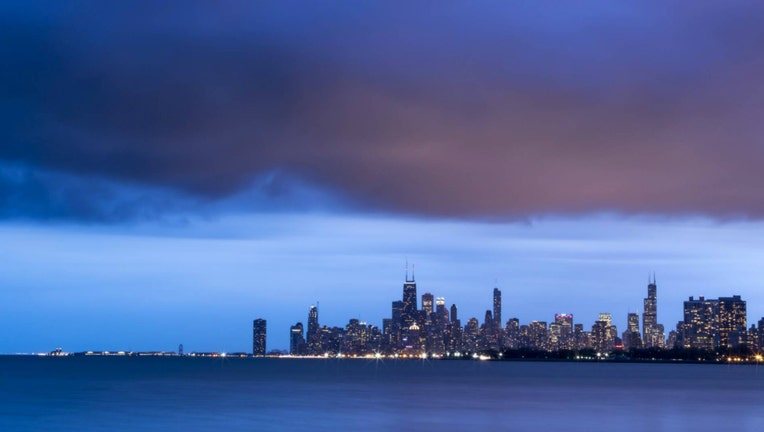 Dark clouds cover the city ahead of a rainfall in Chicago, Illinois, United States on May 3, 2018. (Photo by Bilgin S. Sasmaz/Anadolu Agency/Getty Images)

The metro area can expect 1 to 3 inches of rainfall by Saturday, when temperatures will plummet and the rain will turn to snow, according to the National Weather Service.

That amount of rainfall is unusual for the season, and could lead to “significant flooding,” especially on Friday and Saturday, according to weather service meteorologist Jake Petr.

“It’s not very common to see a rainfall total that high this early in January,” Petr said.

The first rain will come Thursday afternoon, along with a boost in temps up to the 40s or low 50s, Petr said.

“That early period of rain won’t be serious; but heavier rain is forecast for Friday and Saturday,” he said.

Early Saturday, northern Illinois will start to get snow, and the rain/snow transition line will move south through Chicago, Petr said.

The respite from the cold could have another benefit, though.

“One thing we have going for us is the higher temperatures mean the ground won’t be frozen,” allowing it to absorb some of the precipitation, Petr said.

Residents should stay tuned throughout the weekend as forecasts are updated, he said.