Vixen and Prancer pay a visit to Chalet Nursery

Just under three weeks before Santa and his reindeer make their long annual worldwide journey. A couple of Santa's helpers are hanging out at Chalet Nursery in Wilmette. Tim McGill checked in with Vixen and Prancer on Good Day Chicago.

CHICAGO - Santa and his reindeer might not need snow to make their Christmas delivery, but it sure looks nice, if only for the holiday. Many of us dream of a white Christmas but what are the odds of us seeing enough snow for that to happen this year? A white Christmas means at least an inch of snow on the ground on December 25th.

It's too early to say with enough certainty whether or not we will have enough snow for that to occur this year. We can get some guidance though from looking at some snowfall climatology.

Climate data is usually based on at least 20 years of weather conditions. So a weather forecast weeks from Christmas is extremely difficult, but we can look to the climatology of snow in Chicago to get an idea of what our chances are based on what has happened on previous holidays. 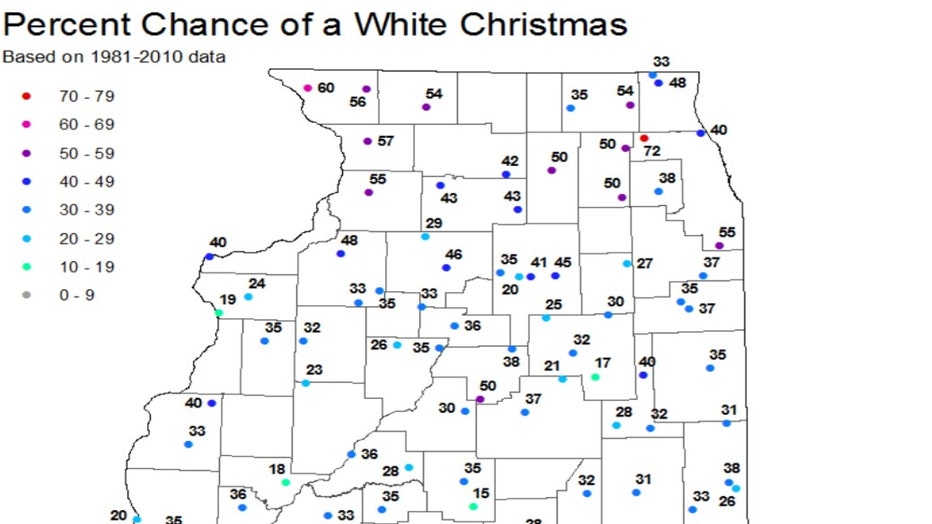 The Illinois State Climatologist Office put together the graphic above that shows the probability of a white Christmas at several locations across our state based on at least 20 years of data. Here is their conclusion:

There can be large differences from site to site. Snowfall is notoriously difficult to measure with two nearby sites having different results due to exposure to sun and wind. In general, the odds are about 40-50 percent in the northern third of Illinois, 20-40 percent in central Illinois, and 0-20 percent in southern Illinois. 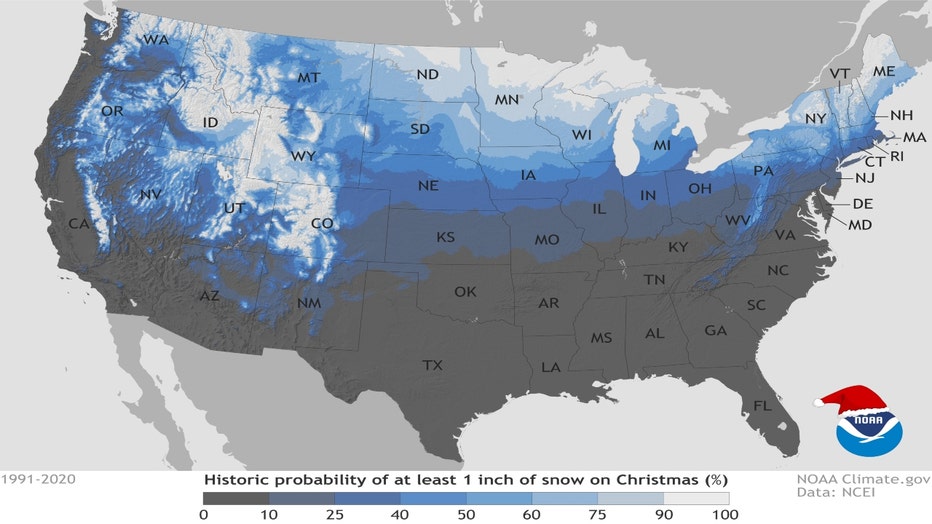 NOAA's national map of historic probability of a white Christmas smooths out the chances a bit. It shows northern Illinois with a range of between a 25% to 50% chance. Most of the Chicago area is within the 25% to 40% contour. A more extensive analysis that includes all the Christmases from as far back as 1901 yields closer to a 45% chance for Chicago to see a white Christmas.

It's kind of like forecasting if the Bears will beat the Packers the next time they play in 2023. This far out that forecast would be based largely on their previous meetings. The Packers had their 105th victory all time over the Bears on Sunday. The Bears have beaten the Packers 95 times since the start of the NFL. There has also been a total of six ties. So based on their record together, the Packers would have a 51% probability of beating the Bears next year. There are mitigating factors that might help a prediction become more clear the closer to game day. That's when we will know if Aaron Rogers is going to be the Packers quarterback, for instance. Will the weather that day be better for passing or running? 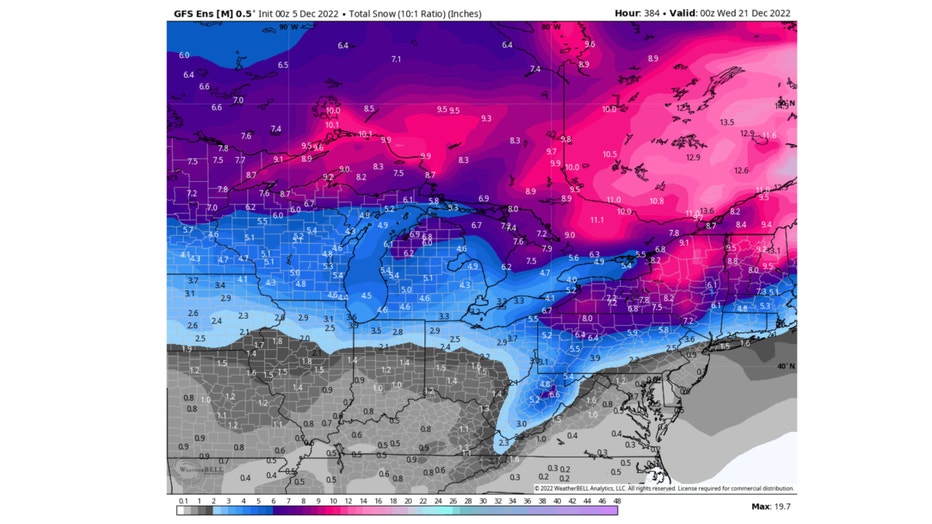 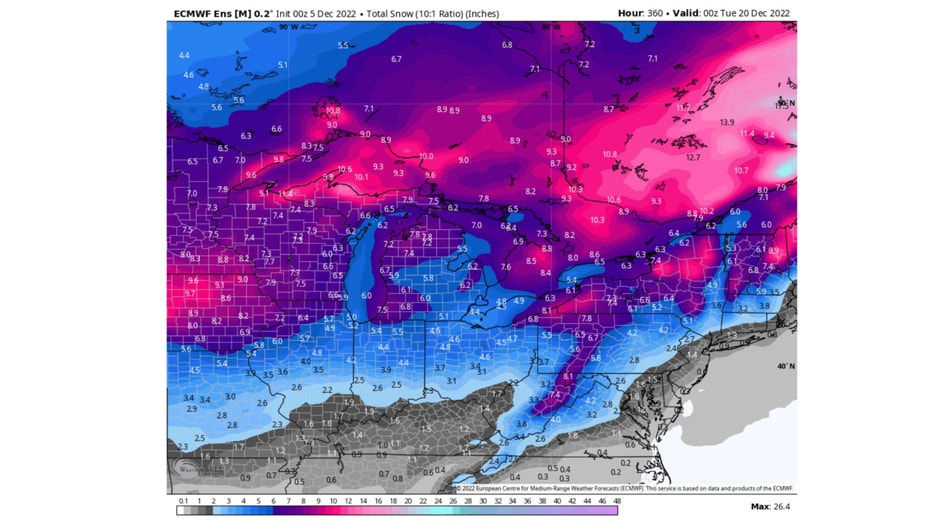 I looked at the long term total snowfall forecast from both the GFS ( or American model) ensemble and the ECMWF (or European model) ensemble through the next 360 hours or 15 days. The definition of an "ensemble" is multiple predictions from an ensemble of slightly different initial conditions and/or various versions of models.

A glance at their graphics offers some hope for a white Christmas. The GFS ensemble lays down nearly four inches of snow while the ECMWF ensemble spits out nearly five inches. Keep in mind that is total snowfall for the next little over two weeks. There could be some warm days between systems that melt some or all of the snow before the next system arrives. It also only goes out through the evening of December 20th. A lot could happen between that night and Christmas Day. More importantly, forecasting how many flakes will fall over a two-week period is tricky, even for sophisticated computer models.

I'll update as we get closer to Christmas as the accuracy of a forecast gets better. For now, all we can do is keep dreaming.