Chicago - It's amazing that only two months into 2022 and climate scientists already know that it is nearly certain this year will land among the top ten warmest years on record for Earth. 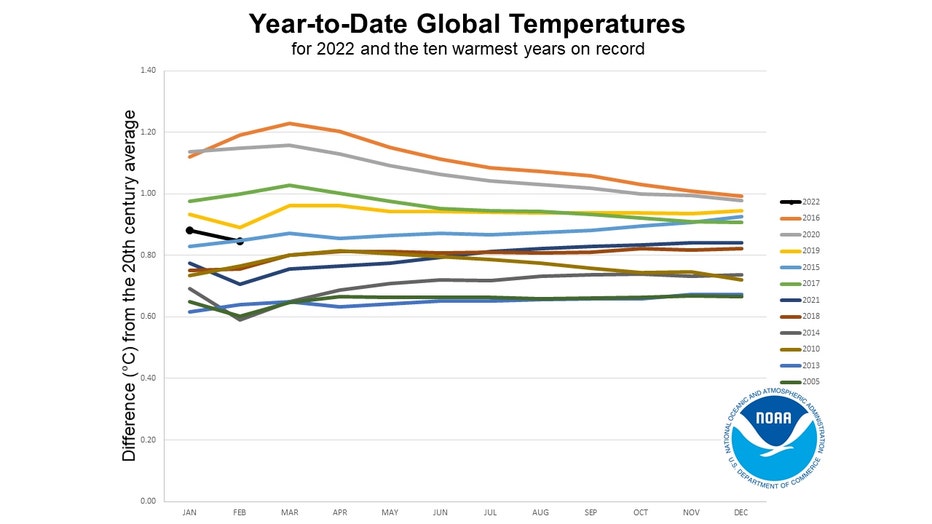 The black line in the graphic above represents the average global temperature so far this year. It is almost a lock that when that black line is extended through the end of the year it will end up somewhere between the lines that represent the top ten warmest years on record. Climate scientists have calculated a greater than 99% chance this will occur. There is a 28.6% chance it could end up among the top five warmest years on record. 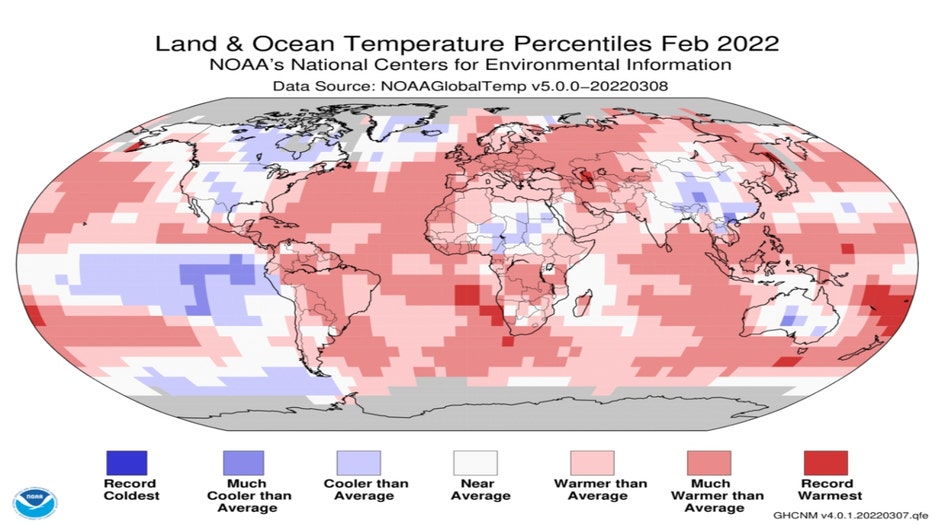 January's global temperature was the sixth highest for a January in the 143-year NOAA record that goes back to 1880. We followed that up with a February that was the seventh-warmest February on record. Last month ended up 1.46 degrees above the 20th-century average according to NOAA. 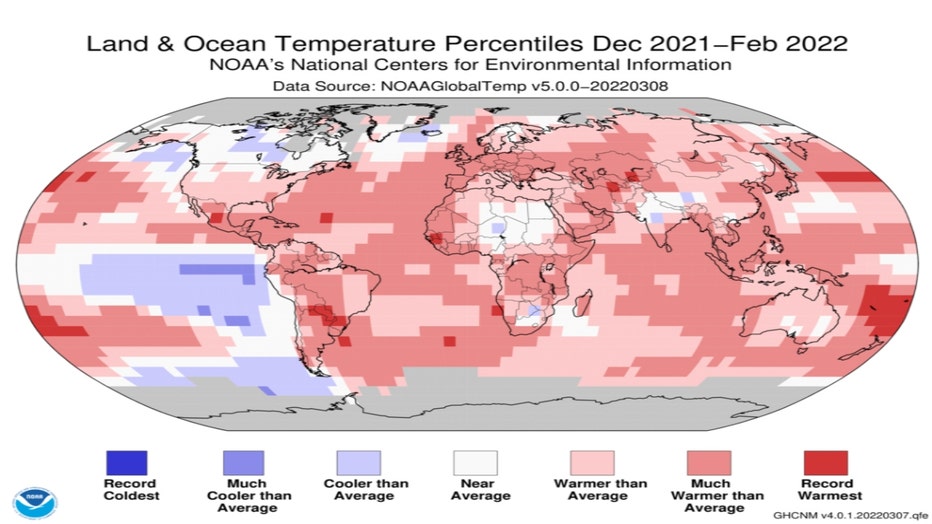 The global surface temperature for the period from December 2021–February 2022 was 1.51 degrees above the 20th century averaged and ended up tying with 2015 as the fifth-warmest on record. The last eight same periods (2015-2022) now rank among the ten warmest December through February periods on record.

One of the latest and most alarming signs our world's temperature is out of whack was seen just last week. Scientists were "flabbergasted" when eastern Antarctica reported temperatures 70 degrees above average. Records were broken to the point that even climate scientists that are used to unusual warmth were surprised.