Chicago - While we may have enjoyed a few warm days in April, all in all, the month was cooler than average. It ended up nearly three degrees below average overall.

May has started off cool too, with temperatures running almost four degrees below average so far this month. Tuesday will be the coolest day of the week with most of the area failing to warm above the 40s for highs. The average high for this date is in the middle to upper 60s.

If you are sick and tired of this cool spring weather, just hang in there because the longer range forecasts look promising. We may be turning the corner this weekend towards a warmer pattern with at least more typical temperatures. 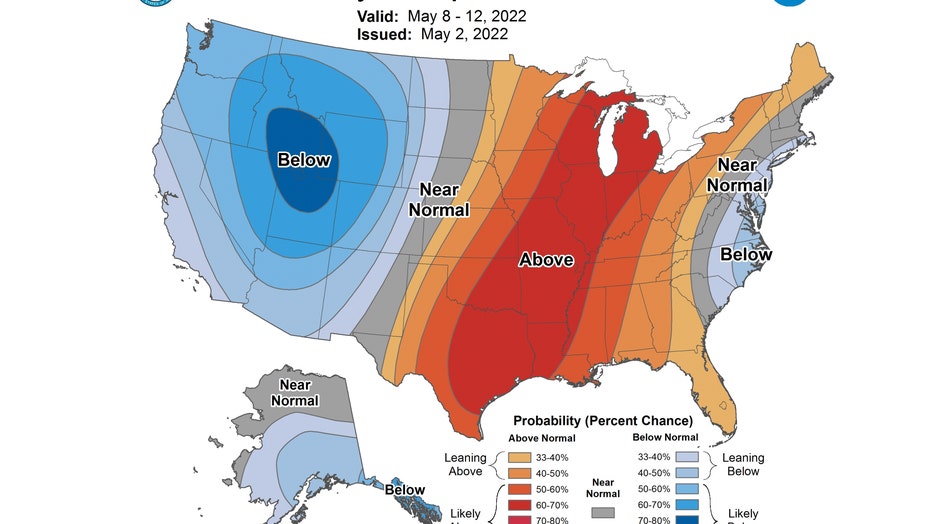 The Climate Prediction Center's 6-10 day temperature outlook has us included in the portion of the country favored most for above average temperatures. The period from this Sunday through the following Thursday will be "likely above" normal. 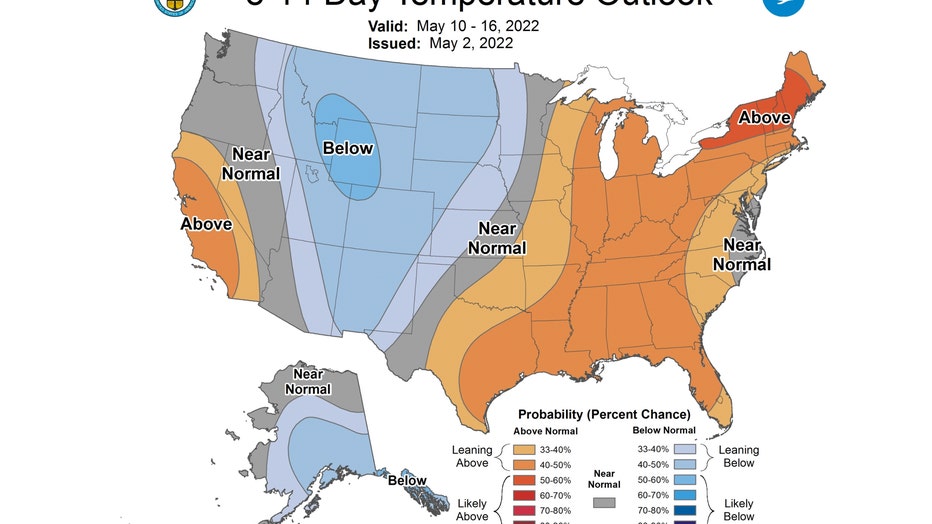 The 8-14 day temperature outlook lowers the probabilities just a bit but still favors us for above average temperatures overall. The period from next Tuesday through the following Monday is "leaning above" normal. 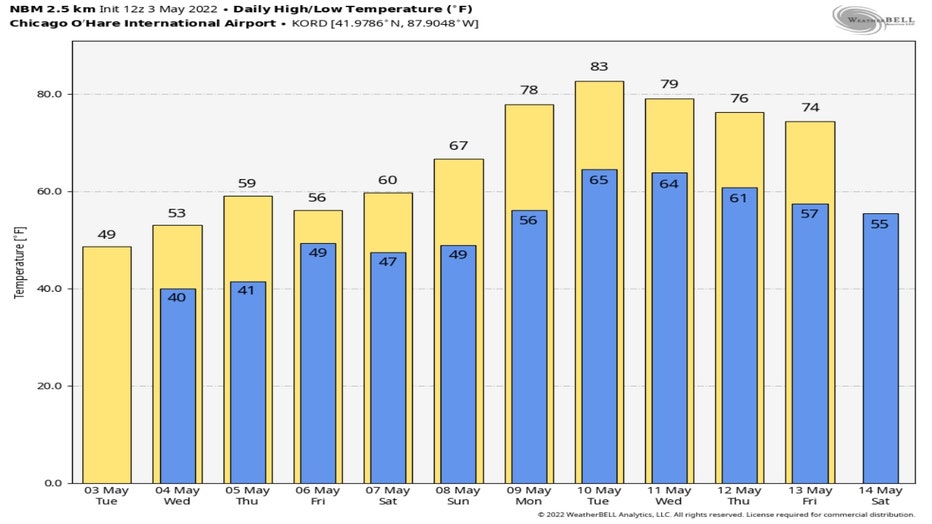 Tuesday will feel more like March than early May, but there is a slow but steady warm up coming. We may have a setback on Friday of a few degrees but for the most part we should warm up through next Tuesday. 40s for highs should be a thing of the past after Tuesday, according to the National Blend Of Models long range forecast. We may even be able to bid farewell to 50s for highs too until next fall. It's 60 degrees or warmer starting Saturday and 70 degrees or warmer starting Monday. 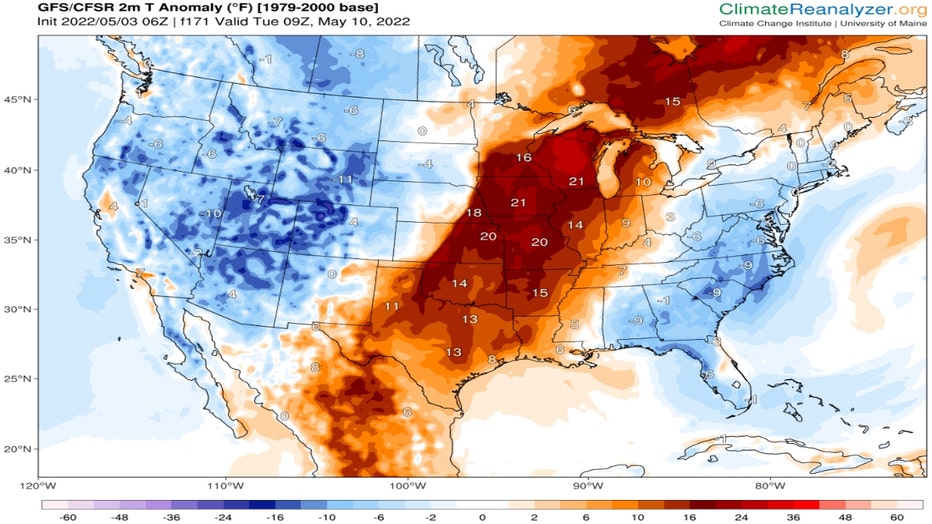 The peak of this wave of warmer air should arrive next Tuesday. We could end up nearly 40 degrees warmer a week from Tuesday with highs in the middle 80s. The temperature anomaly forecast for next Tuesday morning shows the biggest departures above normal centered over the Midwest and most of the middle of the country.

This warmer pattern will mean some changes in my wardrobe. I hope to be breaking out some Hawaiian shirts before too long!