Chicago - It is long past being a surprise. The numbers are crunched for another month and the earth's fever continues.

If you are younger than 37, you have never lived at a time when the earth's temperature wasn't at least nominally above the 20th century average. We just recorded the 46th consecutive April and the 448th consecutive month in our current streak of above average months according to the latest global report from the National Centers for Environmental Information. 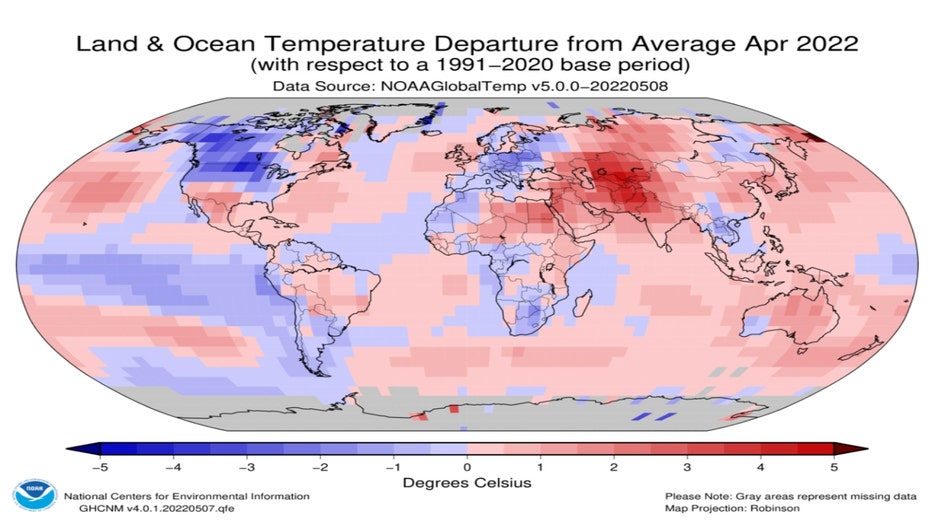 Notice the blob of blue covering much of the United States and Canada in the graphic showing land and ocean temperature departure from average. The contiguous US had its 50th coolest April since records began in 1895. That was an exception to an otherwise warm April rule for our world.

2022 is a sure bet to land among the top ten warmest years on record. The global surface temperature for the period of January–April was 1.57 degrees above the 20th-century average. The year-to-date is now ranked as the fifth-warmest in the 143-year record.

According to the report "the 10 warmest January–Aprils have occurred since 2007, with the last eight years (2015–2022) being the eight warmest on record." 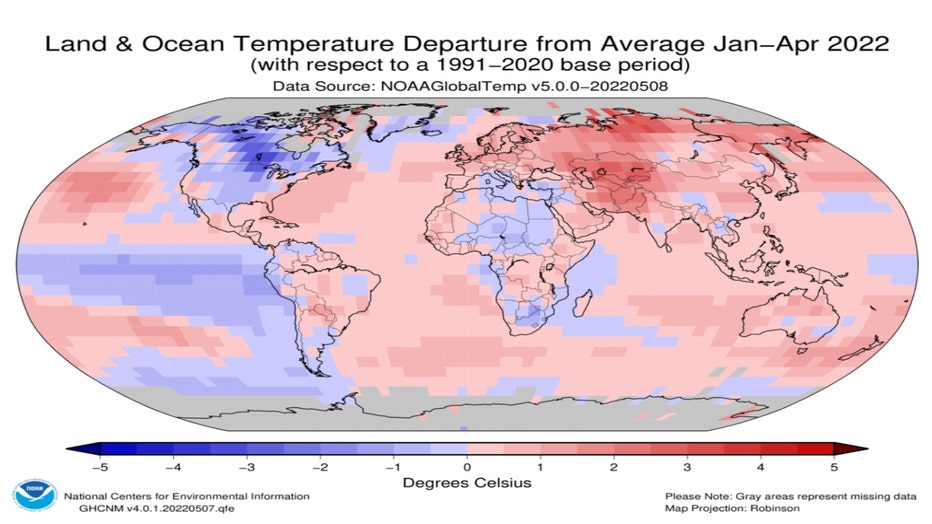 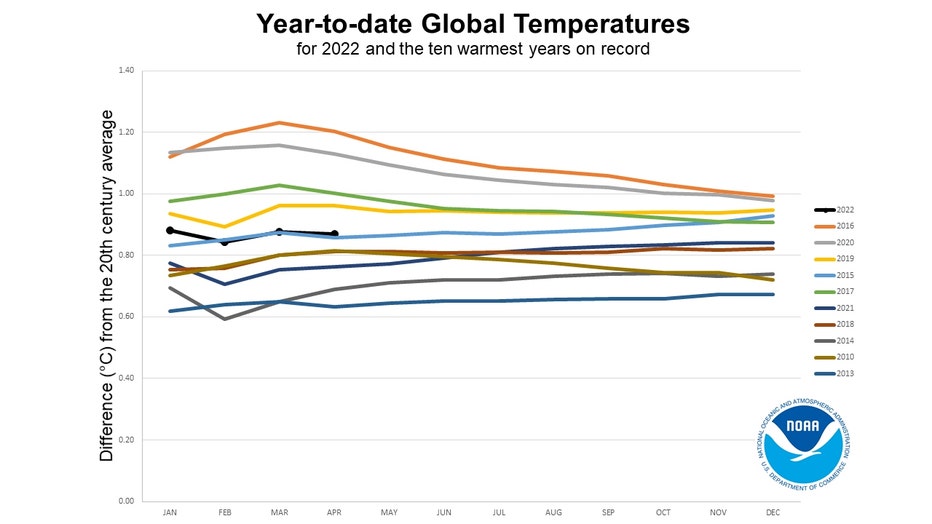 As warm as 2022 is so far, it could have been worse. La Niña conditions are favored to continue through the year and that tends to cool the earth down at least a bit. That will most likely prevent 2022 from being the warmest year on record. There is only a 1.4% chance of that happening.