Chicago - August has started off rather warm after a relatively cool June. June ended up just a tiny bit below average. The month was down just one tenth of a degree compared to normal. August is now running just over 2 degrees above average.

We have had three 90 degree days so far this month. We average about four of them during the month. Still a lot of August left but for at least the next nearly two weeks, there is little sign of sweltering heat that so often strikes this time of the year.

The National Blend of Models long range forecast has highs staying at least a bit below average from today through August 21st. It has highs staying in the 70s a remarkable ten out of the next eleven days. I suspect a few of those days will actually bump up to 80 degrees or even a degree or two warmer. Still, this is a very long stretch of relatively cool weather for August. 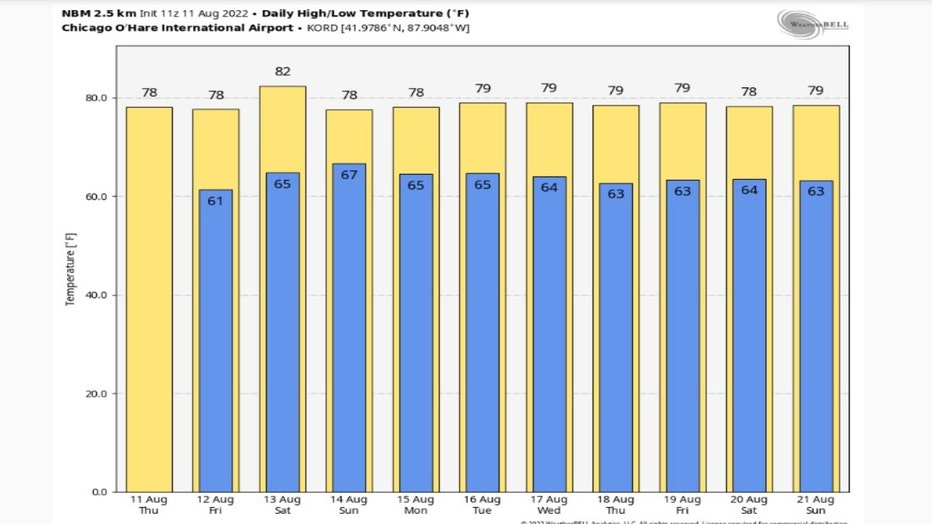 Longer range forecasts have this "cooler" pattern continuing past the third week of August.

The Climate Prediction Center's 6-10 day and 8-14 day temperature outlooks suggest we may stay below average overall through August 24th.

The 6-10 day outlook has us "likely below" average from next Tuesday through the following Saturday. 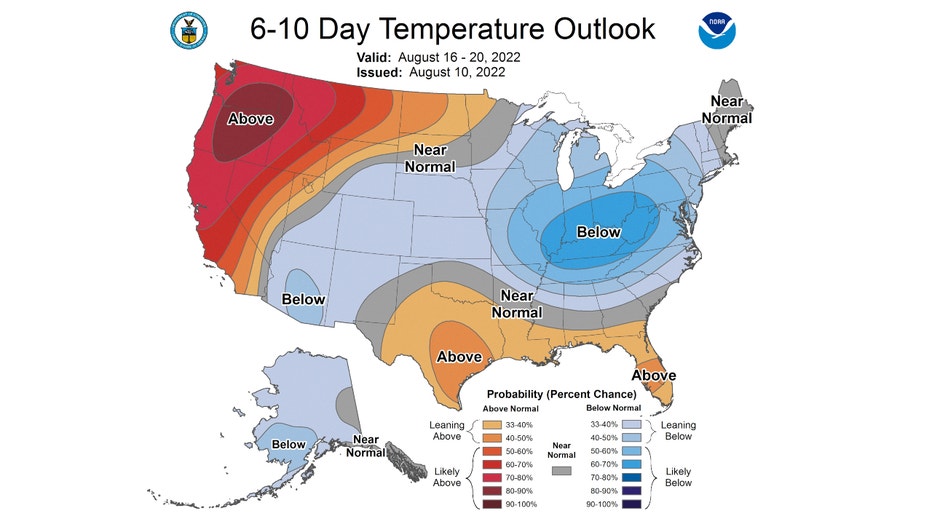 The 8-14 day outlook has us "leaning below" average from next Thursday through the following Wednesday. 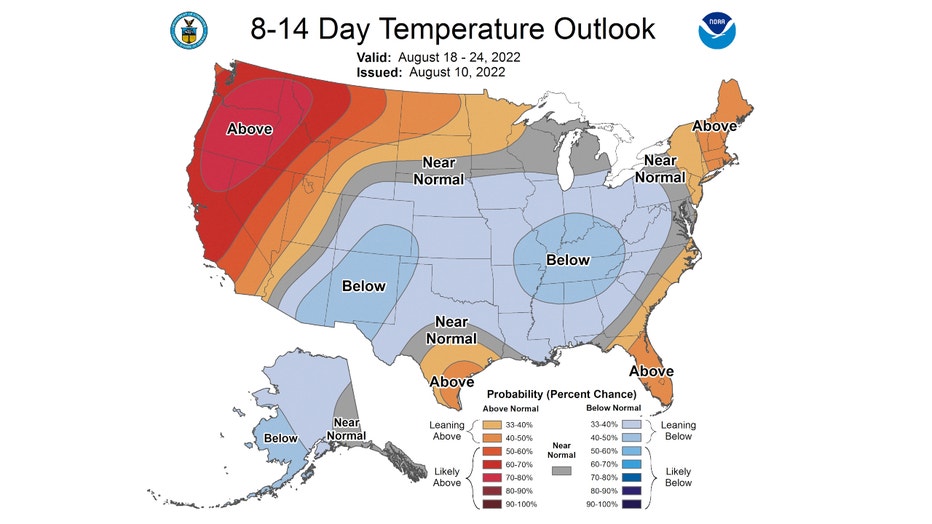 Hang in there if you are a warm weather fan because we have more August to get through and our Septembers can often be steamy.