Chicago - Chicago has the blues. The color is showing up in the longer range temperature outlooks and it represents the probability of seeing cooler than average temperatures.

March has been "mild" lately. Eight of the past nine days have been above average. So far the month is running nearly four degrees above average. Our mild March pattern could be in for a cool change. This cooler pattern could continue right through the first three weeks of April.

The 6-10 day temperature outlook from the Climate Prediction Center has us "leaning below" normal next Monday through Friday. A big blob of orange stretches from the southern plains, Gulf Coast and desert southwest northward to the Pacific Northwest, northern Rockies and northern plains. This area is either "leaning above" or expected to be "likely above" average for next week. 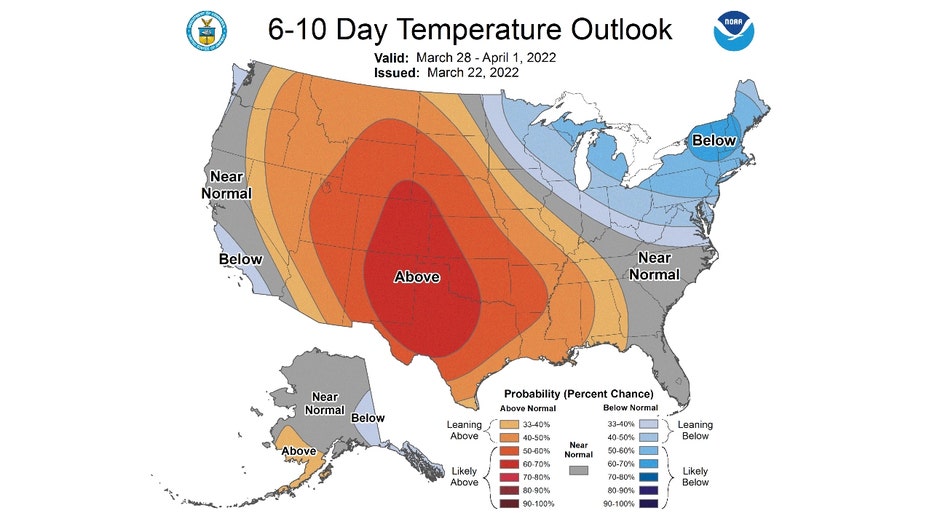 The 8-14 day temperature outlook keeps us in the "leaning below" average probability category. This covers the period from next Wednesday through the following Tuesday. The portion of the country covered in orange has shrunk significantly for this forecast. Just Texas and most of the southeast is forecast to be above average overall. 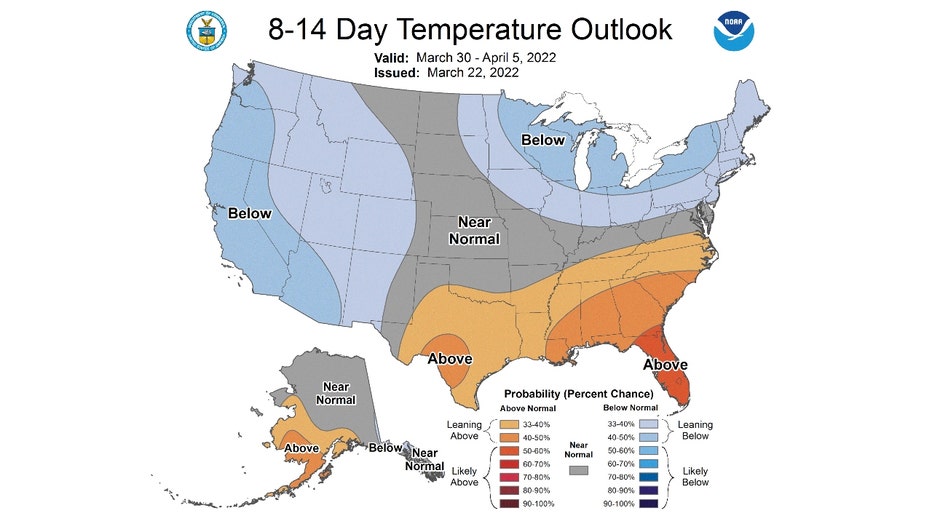 The National Blend of Models daily high and low forecast takes us into the start of April. It keeps eight of the next eleven days cooler than average. Two days (this Friday and the following Friday) are expected to be at average and just one day, a week from this Saturday, is forecast to be barely above average. 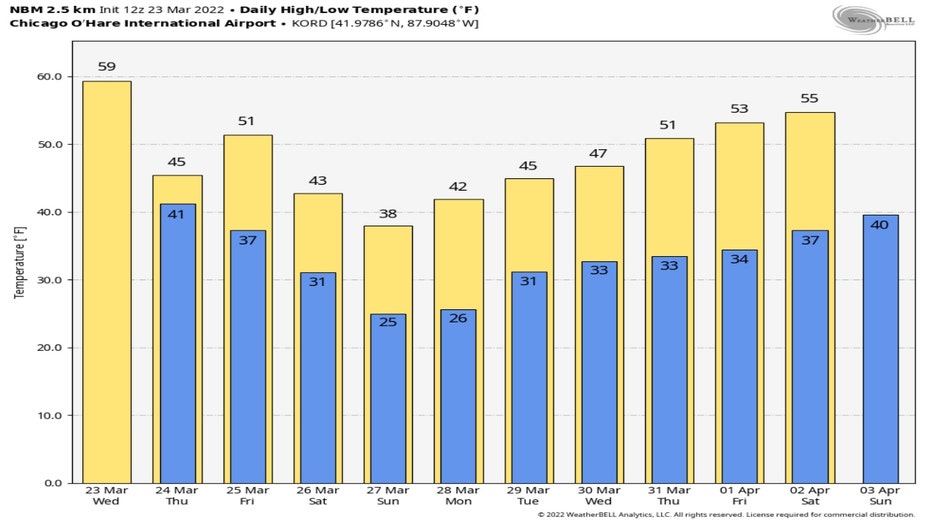 The average high for this time of year is 50 degrees. Highs normally climb into the middle 50s by the end of March and stay there through early April. Average highs hit 60 degrees on April 17.

The Climate Forecast System model keeps us blue through the first three weeks of April. It suggests we will be between 1 degree to just over 5 degrees below average for the period from today through April 22.

This doesn't rule out some days bouncing above average. It just means that we should be overall below average through the forecast period. 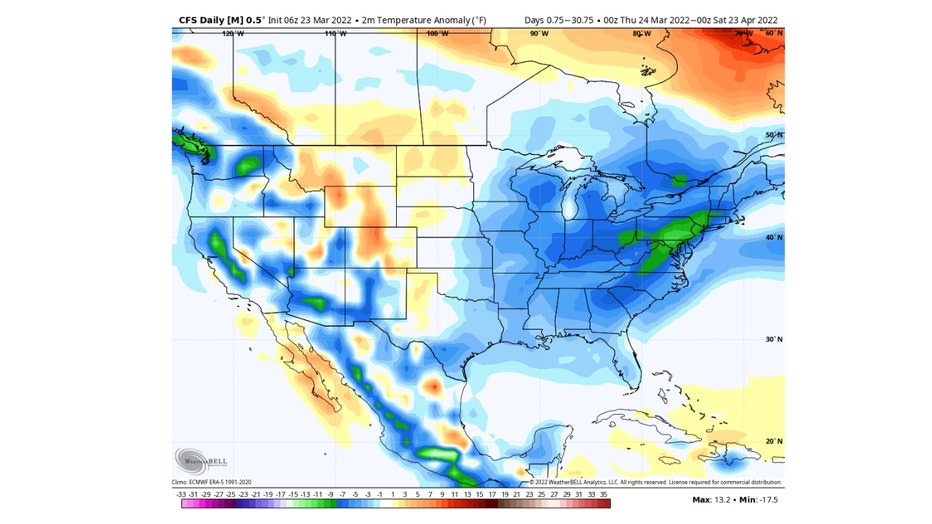