CHICAGO - Meteorological summer started back on June 1st. It has been a warm month so far with temperatures running 1.4 degrees above average. We've had a couple rounds of very high heat and humidity.

This month has already seen six days hit a high of 90 degrees or hotter. That means we have seen a bit more than a third of the typical 90 degree days we see in a year already and summer is just getting started.

On average, O'Hare has about 17 days a year when highs hit 90 degrees or more. By the end of June we normally have five 90 degree days. This year we have eight already between May and June. We will probably add one more this June before the month is over. 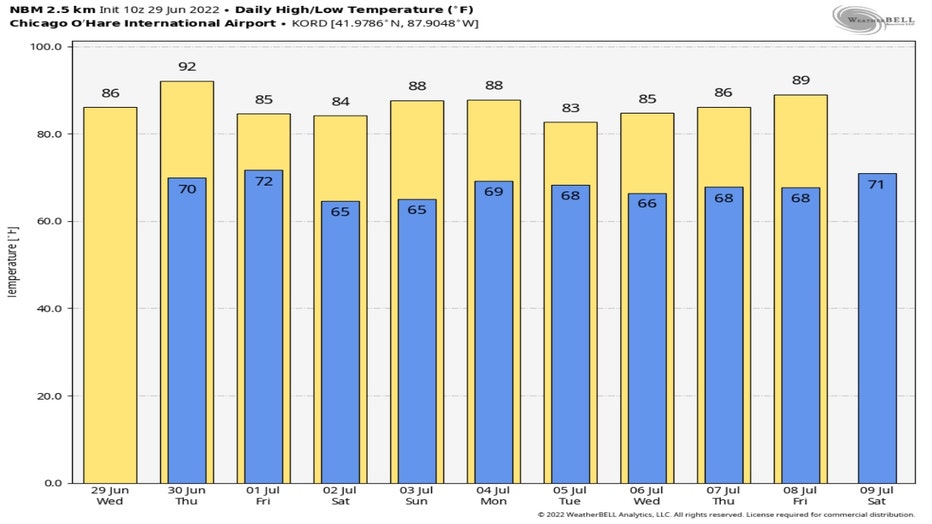 Our next 90 degree day could come on Thursday but beyond that, there is no sign of any extreme heat for the next several days. The National Blend Of Models forecast has our highs mostly in the middle to upper 80s for the next ten days.

Average highs during this period climb from 84 degrees today to 85 degrees by the middle of next week. So it will be at least a bit above average for the next several days but nothing extreme to worry about. 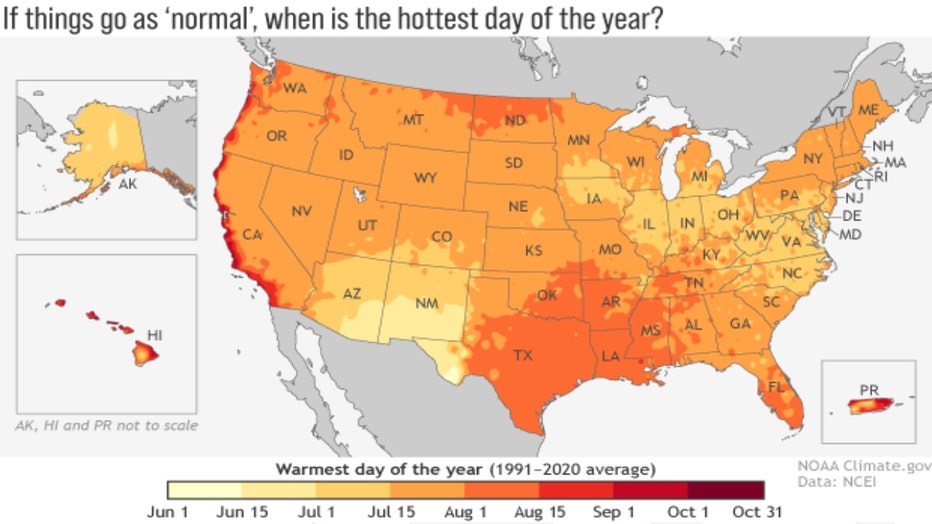 Historically speaking, we are approaching the hottest part of the year for Chicago.

The hottest days of the year on average are July 11th through the 17th. Each of those seven days has an average high of 84.7 degrees. So as we approach what is usually the peak of summer heat here, there is no extreme heat to fear for now. 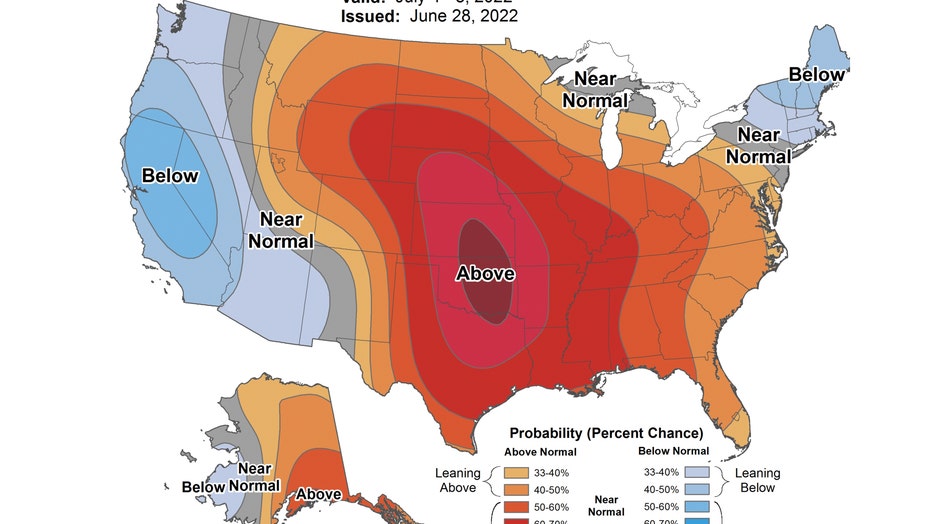 No extreme heat but it will still be hot at times. The Climate Prediction Center suggests we will be warmer than average overall well into July.

The 6-10 day outlook has us "likely above" normal for the period from next Monday through Friday. The vast majority of the country is forecast to be above normal. 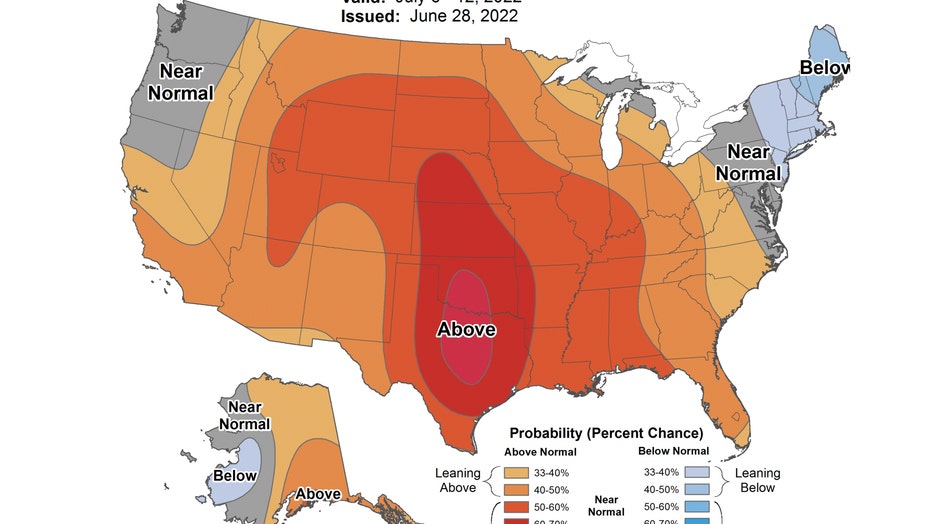 The 8-14 day temperature outlook has Chicago "leaning above" normal for the period from next Wednesday through the following Tuesday. 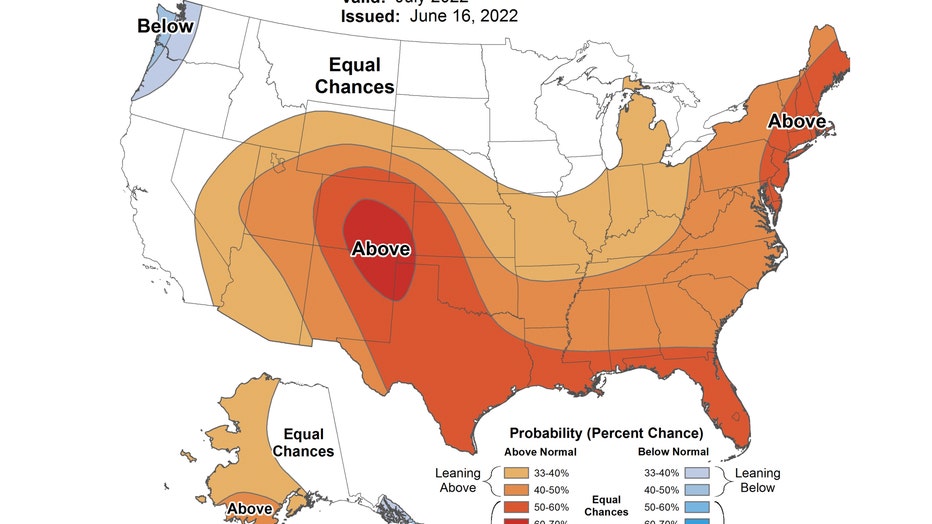 Keep in mind that these longer range forecasts consider relatively long periods of time. They don't rule out occasional rather hot, even record-breaking hot days. They just give an overall picture of what to expect.