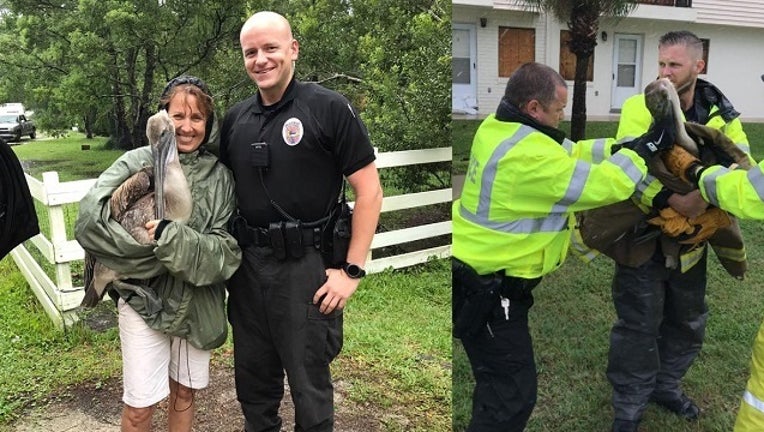 DAYTONA BEACH, Fl. (WOFL) - The Daytona Beach Police Department made it quite clear humans aren’t the only ones they serve in a time of need, as they sheltered and injured pelican from Hurricane Irma.

Sunday morning, the department shared a photo of the large pelican in the arms of two officers along with the caption, “It's not just people affected by Irma. Our officers rescued this injured pelican and he will ride out the storm with us at the station.”

Several hours later, the department shared a second photo of the bird with an update on its future.

According to their post, officers were able to transport the pelican to Port Orange, where it could get the car it needs at the East Coast Wildlife Rehab!