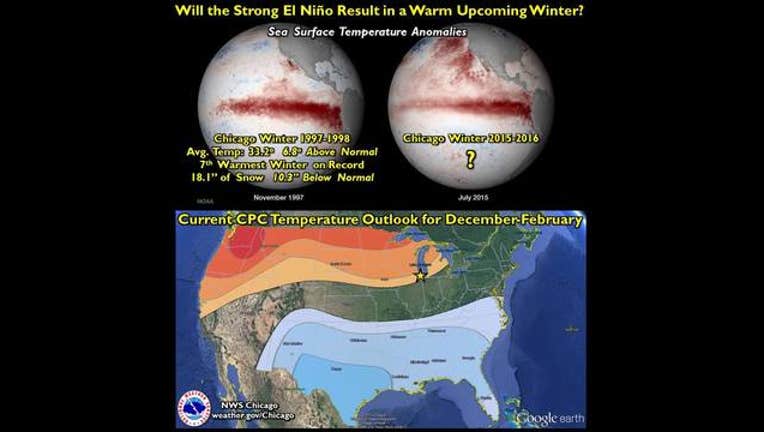 Friends, are you sick of our cold, snowy, "Chiberia" winters? If so, rejoice and read on because next winter will likely be warmer and drier than any in recent memory.
A strong El Nino weather pattern is building in the equatorial Pacific Ocean and for us in Chicago that typically means much warmer and much drier December - February.
Climate experts believe this could even be a record setting El Nino episode surpassing the legendary 1982-83 and 1997-98 winters.
FYI; the 1997-1998 El Niño was the strongest of the 20th century and was one of the warmest and least snowy winters on record in Chicago. Of course we are still months away from winter and there are other atmospheric patterns that could derail a strong El Nino, but this looks very promising according to NOAA whose official winter outlook is usually announced in October. (Statistics Courtesy: NOAA, NWS Chicago) Follow me on twitter @TammieSouza and Facebook on.fb.me/1cfUTGm