Up to 5 inches of snowfall starts Wednesday evening in Chicago: forecasters

Snowfall that could drop up to five inches on the Chicago area started during the Wednesday evening commute and could continue until Thursday evening, forecasters said.

CHICAGO - Snowfall that could drop up to five inches on the Chicago area started during the Wednesday evening commute and could continue until Thursday evening, forecasters said.

The total could be higher if a round of lake-effect snow hits Thursday morning or afternoon, according to the National Weather Service.

“That’s the big question: how much snow Chicago will get,” weather service meteorologist Charles Mott said.

Snow started falling in the Chicago area after 4 p.m., according to the weather service. 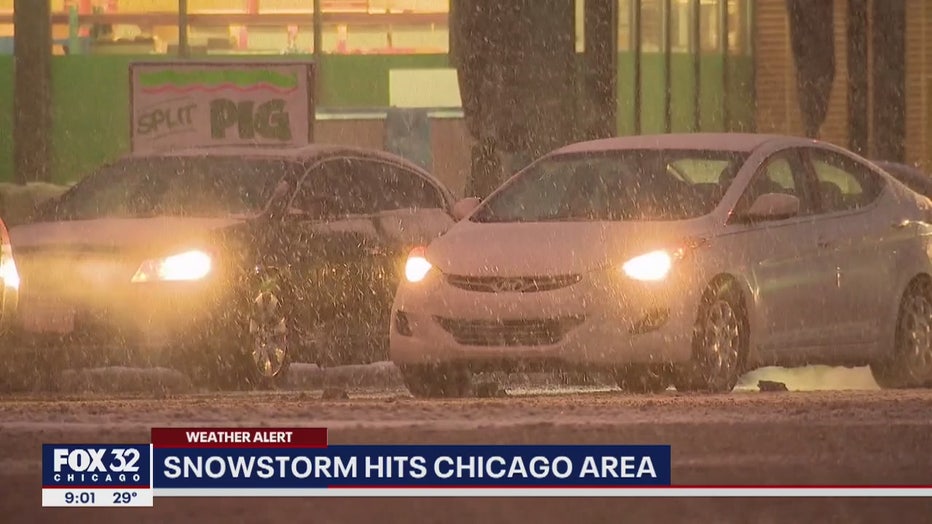 The city deployed 211 plows to start clearing arterial streets about 5 p.m., according to the Department of Streets and Sanitation.

The Illinois Tollway deployed its full fleet of 196 snowplows by 5:15 p.m., the agency said in a statement.

The snow will continue through the night and probably affect the Thursday morning commute, Mott said. Totals between 3 and 5 inches are expected.

“Take your time driving, and definitely pay attention to road conditions,” Mott said. “No matter how much snow there is, roads will be slippery.”