Chicago - It has been a long time since we had an official white Christmas in Chicago. The last one was five years ago. Forecast models have been trending towards a colder pattern that would seem to favor at least some flakes flying between now and Santa's big day. 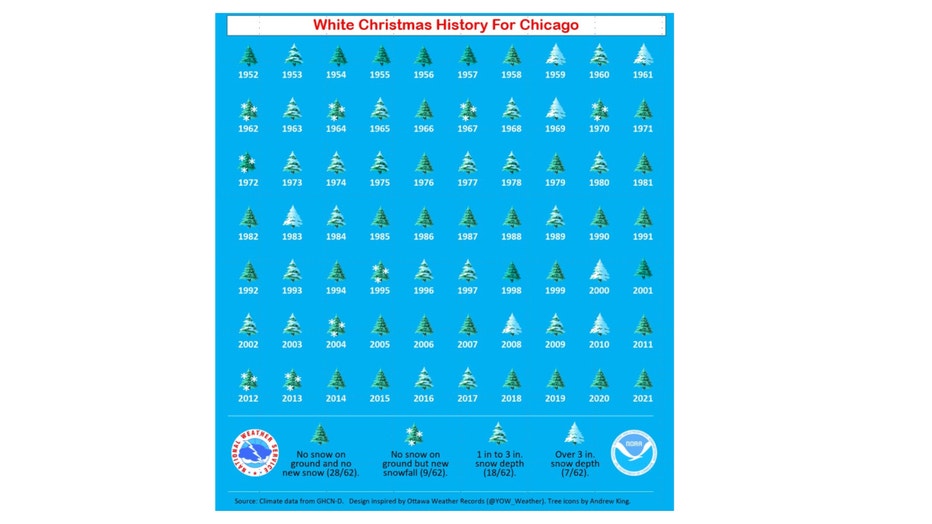 This is the official definition of a white Christmas according to the National Weather Service:

A white Christmas is officially defined as having at least 1 inch of snow on the ground at 7 am local time Christmas Day. This is called snow depth. Official snow depth measurements are taken at this time around the United States at official climate observing stations

By that definition, 40% of the past 70 Christmases have been white. If we go back further to when records began in 1884, that number is near 43%.

A cold pattern is crucial to getting some snow and we have seen just the opposite. Today will be the 10th straight day with above average temperatures. December is a balmy 3.6 degrees above average overall so far. Our pattern is about to flip with frigid air arriving by the end of the week. Our extended high temperature forecast has us dipping down to freezing for a high on Friday and even tumbling into the teens for highs the following Friday on Christmas Eve. There is one day we bounce back to barely above freezing on next Tuesday. This pattern should be cold enough that any snow that falls between this Friday and Christmas Eve should stick around. 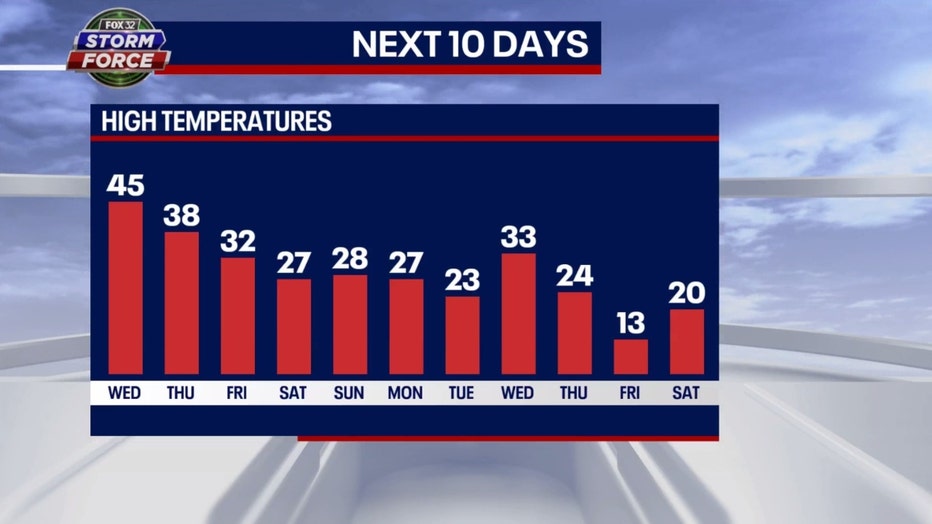 The long-term forecasts from the Climate Prediction Center keep this cold pattern coming right through the holiday. There is a strong signal we should be below average overall through nearly the rest of December. 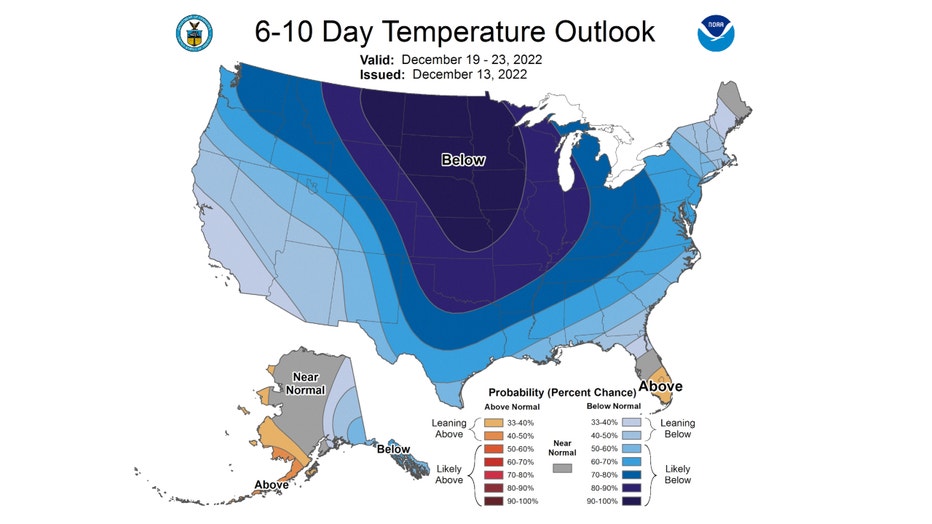 The 6-10 day temperature outlook has us forecast to be "likely below" average overall from next Monday through Friday. We have an 80-90% chance being below average. 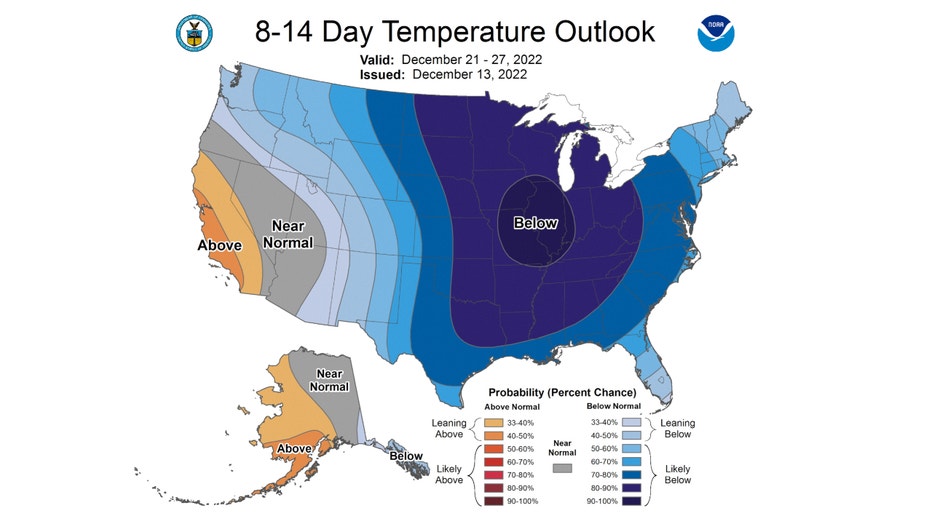 The 8-14 day temperature outlook shows an even greater probability of being below average overall from next Wednesday through the following Tuesday. It gives us a 90-100% chance of that occurring. It appears to be a lock for air cold enough to support new snow and also keep that snow on the ground for some time. 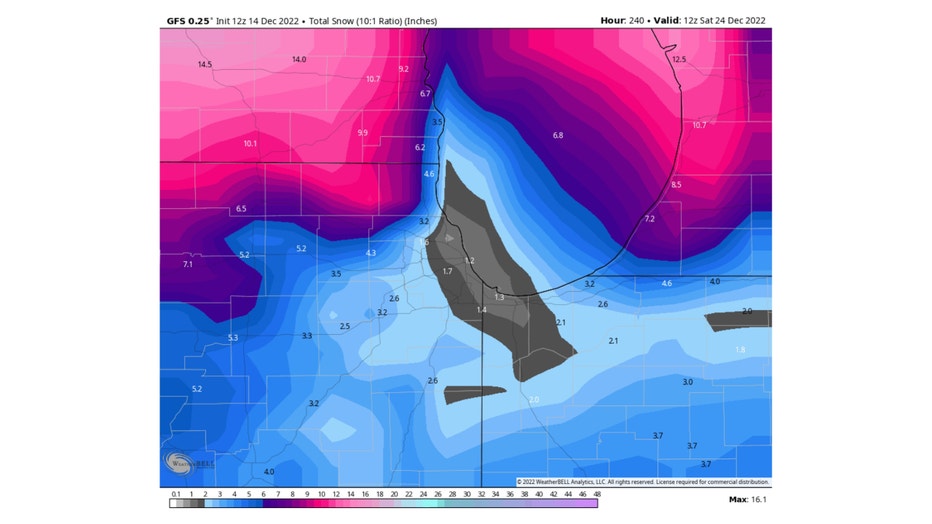 The big question is whether or not we will get any substantial snow to fall between now and Christmas morning. In theory, it would only take an inch or more to fall at any point starting on Friday since the cold should keep it from melting. The GFS model (or American model) has anywhere between just over an inch to nearly 10 inches of snow falling between now and Christmas morning. 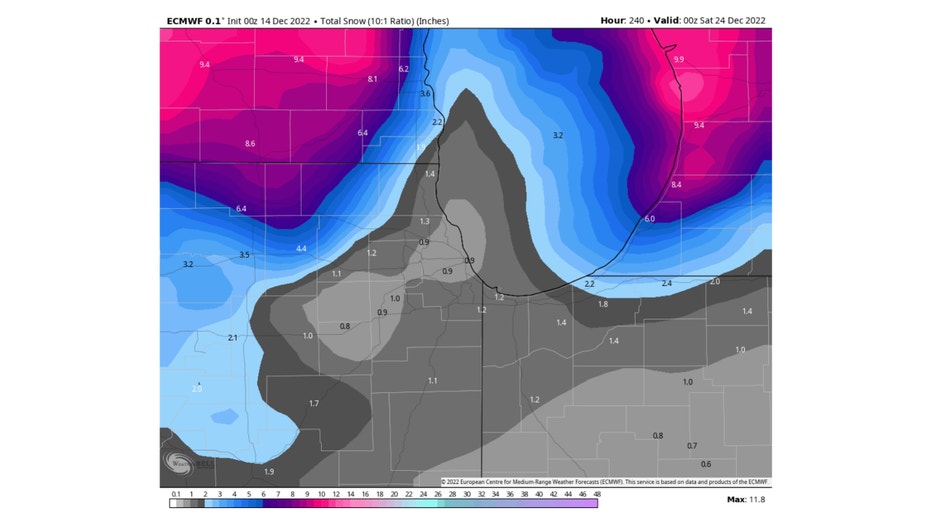 The ECMWF (or European model) squeezes out less snow but perhaps enough to qualify as a white Christmas here. It shows anywhere between just under an inch to nearly a half a foot of snow between now and the evening of December 23rd. The model run only extends to a week from Friday as of now.

There are several grains of salt we have to take with these forecasts before getting too excited about expecting a covering of snow on the ground by Christmas. Long range snowfall forecasts are tricky at best. One or both of these models could be overestimating snowfall but at the same time, they may be underestimating it (fall all you glass half full people). I am more confident in the cold pattern that is forecast for us the next couple of weeks. The models have been verifying fairly well in terms of temperature trends. 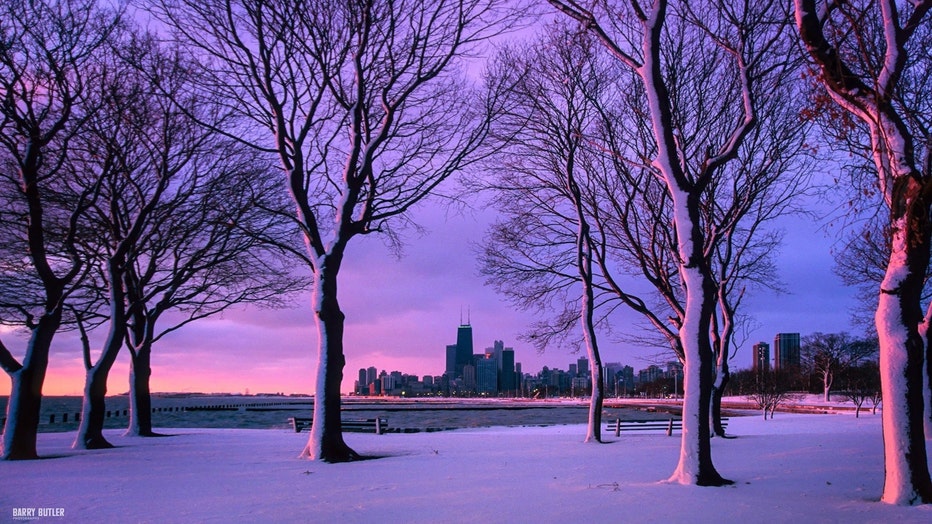 So the cold seems fairly certain but how much snow we squeeze out is still up in the air. The problem is getting the forecast right to how much of that snow makes it from the air to the ground. Stay tuned.