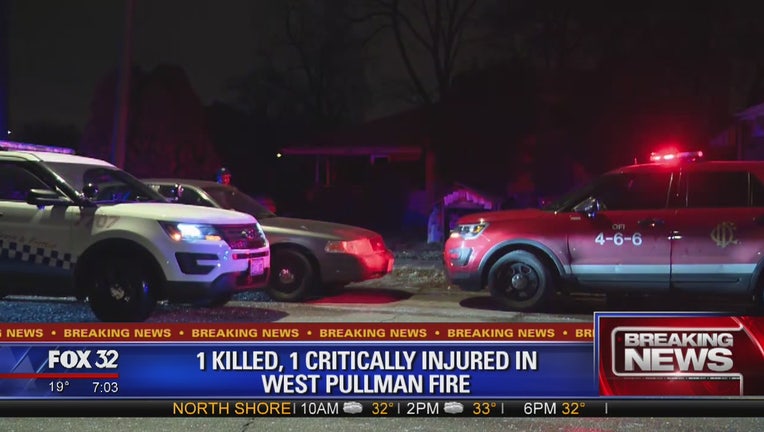 CHICAGO - A man was killed and another person was critically injured in a fire Sunday in West Pullman on the Far South Side, authorities said.

Crews were called about 4 a.m. to the 400 block of 127th Street, the Chicago fire department said.

A 60-year-old man was taken to Little Company of Mary Hospital in Evergreen Park, where he was later pronounced dead, fire officials said. The Cook County Medical examiner’s office hasn’t released details about his death.

There were no working smoke detectors in the home, the fire department said.