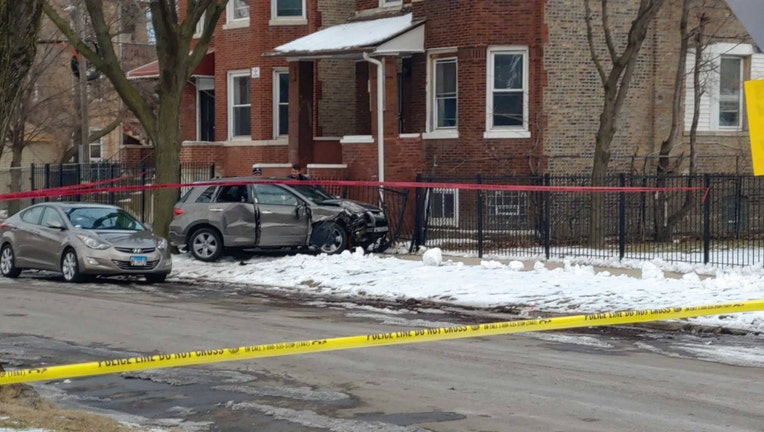 Chicago police investigate after three people were shot, one of them fatally, on Jan. 22, 2020, in the 200 block of South Kilpatrick Avenue. | Emmanuel Camarillo/Sun-Times

CHICAGO - Multiple persons of interest are being questioned after three people were shot — one fatally — Wednesday afternoon in West Garfield Park, police said.

They were in a gray SUV about 1:30 p.m. when they stopped at a corner in the 200 block of South Kilpatrick Avenue and had a “verbal confrontation” with someone, Officer Michelle Tannehill, a CPD spokeswoman, said at a news conference Wednesday afternoon.

The person on the corner pulled out a gun and started shooting, Tannehill said. The driver, an 18-year-old man, was hit multiple times. He crashed the vehicle as he drove away.

The driver was taken to Stroger Hospital, where he was pronounced dead, police said. The Cook County medical examiner’s office has not released details about the death.

Investigators believe the shooting was connected to a “narcotics-related robbery,” Tannehill said.

Kilpatrick was taped off between Monroe Street and Jackson Boulevard as police investigated.