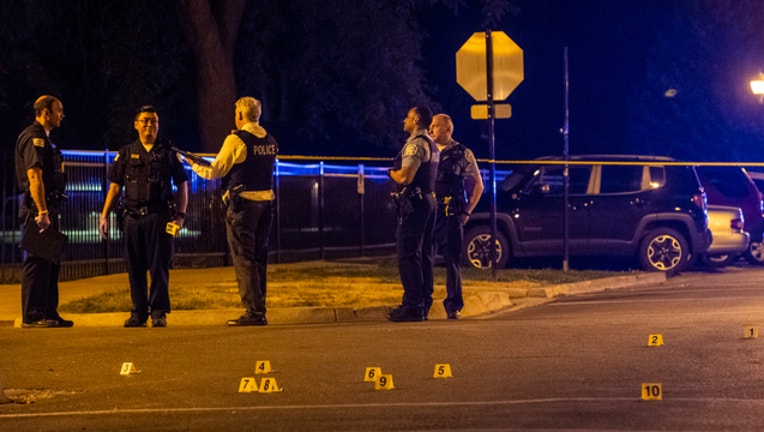 CHICAGO (Sun-Times Media Wire) - A man was killed and six others were wounded in gun violence Thursday in Chicago.

About 11:15 p.m., Carlos Fabian Pagan-Guzman, 19, was shot to death as he was walking on a sidewalk in the 5000 block of North Albany Avenue, Chicago Police and the Cook County Medical Examiner’s Office said. said. Someone exited a dark-colored SUV and opened fire, striking him in the head.

Pagan-Guzman was taken to Illinois Masonic Medical Center, where he died about 12 hours later, according to authorities.

The last nonfatal shooting of the 24-hour period left a person grazed in the shoulder as they were lying on a couch in Lawndale on the West Side. A bullet had passed through a window into the home about 11:20 p.m. in the 2200 block of South Kolin Avenue, according to Chicago Police. Paramedics showed up but the person refused to be treated.

About 8:10 p.m., a man was seriously wounded Thursday evening in a Roseland neighborhood shooting on the Far South Side. The 19-year-old was shot walking down the street when he was struck in the leg and back in the 11400 block of South Princeton, according to police. He was taken to Christ Medical Center in Oak Lawn, where he was listed in serious condition.

Earlier in the evening, a 58-year-old man was wounded in a South Side Park Manor neighborhood shooting. The man was shot in the back about 5:45 p.m. in the 7400 block of South Evans, police said. Paramedics took him to University of Chicago Medical Center, where his condition stabilized. He didn’t know anything about the shooting.

About 4:50 p.m., a man was wounded in an East Garfield Park neighborhood shooting on the West Side. The 21-year-old was riding his bicycle about 4:50 p.m. when someone in a car pulled up and opened fire in the 3900 block of West Jackson, according to police. He went to Mount Sinai Hospital, where he was in good condition.

About the same time, a 17-year-old boy was wounded Thursday afternoon in a Gresham neighborhood shooting on the South Side. The boy was on the front porch of a home about 4:50 p.m. in the 7500 block of South Carpenter when someone on foot fired shots nearby, police said. The boy was shot in both legs and taken to University of Chicago Medical Center, where he was stabilized.

The first shooting Thursday wounded a man in the West Woodlawn neighborhood on the South Side. About 12:05 p.m., the 61-year-old was standing on the corner near the CTA Green Line King Drive station when he heard shots and felt pain in the 400 block of East 63rd Street, according to police. The man was shot in his leg and was taken to the University of Chicago Medical Center, where his condition was stabilized. He did not know where the shots came from.