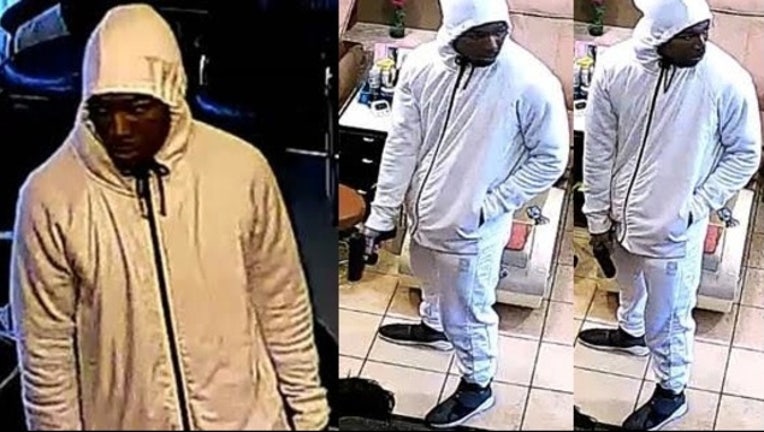 SUN-TIMES MEDIA WIRE - Naperville Crime Stoppers are offering up to a $1,000 reward for information leading to the arrest of the suspect responsible for robbing a nail salon at gunpoint Saturday evening in west suburban Naperville.

About 6:30 p.m., officers were sent to the salon in the 900 block of East Ogden Avenue for a report of a robbery, Naperville police said.

A man described as in his mid-20s, black, 5-foot-8 and 150–160 pounds showed a handgun and stole an undisclosed amount of money, police said. He wore all white clothes, including a hooded sweatshirt.

Anyone with information was asked to call police at (630) 420-6666 and ask for investigations.