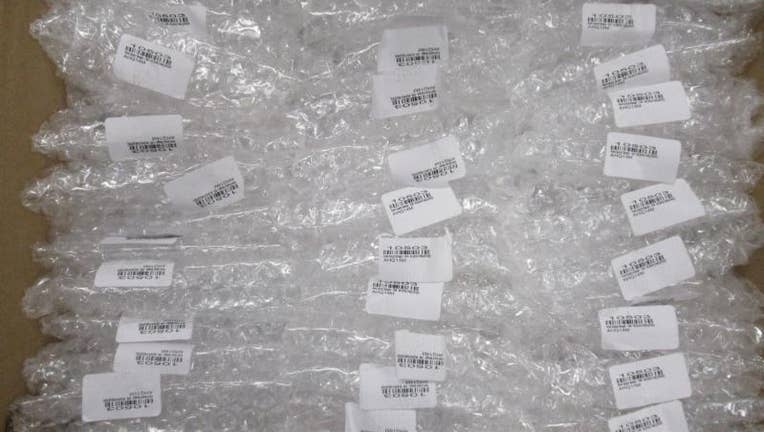 Customs officials say they seized a shipment of drug paraphernalia worth $169,000. | U.S. Customs and Border Protection

The shipment — labeled as "glass adaptors" — was destined for a business in Glendale Heights from Hong Kong, according to a statement from U.S. Customs and Border Protection.

The Glendale Heights company receiving the shipment has had other drug paraphernalia seizures at other ports of entry, customs officials said.

The company also allegedly had four others shipments in December of the same merchandise.