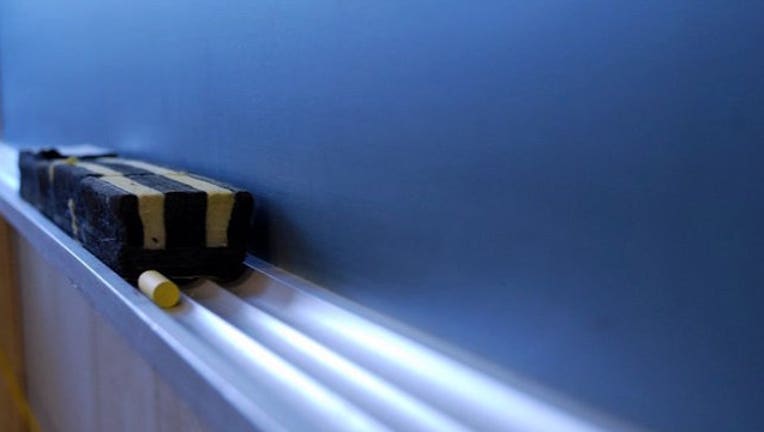 CHICAGO (AP) -- A review of Chicago Public Schools' background checks prompted by a newspaper investigation has resulted in nearly 130 school district employees being terminated, recommended for dismissal or simply resigning under scrutiny.

Among the 128 workers were nine teachers, 35 people classified as classroom aides and an unspecified number of people the district lists as substitute or hourly workers, the Chicago Tribune reported.

Another 124 employees remain barred from work because they haven't submitted fresh fingerprints for an updated background check.

The district's review, and additional measures to protect students, came after the newspaper reported in June that ineffective background checks sometimes exposed students to educators with criminal convictions and arrests for sex crimes against children.

The vast majority of the district's more than 68,000 school employees, vendors and volunteers have been cleared for duty, the district said.

Updated statistics show that district officials have also moved to part ways with hundreds of workers, vendors and volunteers, even as they continue reviewing newly obtained information on hundreds of other adults to determine if they should be allowed into schools.

The Tribune reported that 27 coaches, plus a group of 350 vendors and volunteers, still can't work in district schools after their background checks uncovered information that prompted a closer district review of their personal history.

Citing state privacy laws, the district declined to identify the pulled workers and volunteers, the schools where they were assigned and the nature of background check information that led to their removal or dismissal.

Jennie Biggs, of the Raise Your Hand education advocacy group, said the district should provide more transparency, even if certain laws and privacy considerations must be adhered to.

"If I was a parent with an athlete, I'd want to know who the coaches were. As a parent, you're entrusting your kid with adults, and yeah, you do want to know," Biggs said.

Most employees must go through disciplinary proceedings before they can be dismissed. A Chicago Teachers Union spokeswoman said the district has not provided the union with any information about background check results in recent months.

"Nothing is more important to our members than our students' safety, and it's been bitterly disappointing that CPS has essentially locked us out of the process to work collaboratively with CPS to make student safety paramount," union President Jesse Sharkey said in a statement.