ILLINOIS - Fifteen Illinois sites were added to the National Register of Historic Places (NRHP) during 2021, including five in Cook County.

The NRHP is the official list of properties that merit special attention and preservation, according to a news release from the Illinois Department of Natural Resources.

Every Illinois county has at least one property or historic district listed in the register. Collectively, they represent a cross-section of Illinois’ history from its early settlement to the mid-20th century, the release states.

The Illinois Department of Natural Resources announced Thursday that Cook and collar county sites met the criteria to make it on the NRHP during 2021.

"Each of these places tells a unique story that is part of Illinois’ rich history. They provide a physical link to the past," said Natural Resources Director Colleen Callahan. "We are proud to work with local preservationists to obtain national recognition for these historically significant locations."

According to the department, places are added to the register by the National Park Service based on recommendations from the State Historic Preservation Office, a division of IDNR.

In general, properties must be more than 50 years old to be eligible for listing on the National Register of Historic Places. A listing imposes no obligations on private property owners but does make properties eligible for some financial incentives.

According to the release, Cook County sites include: 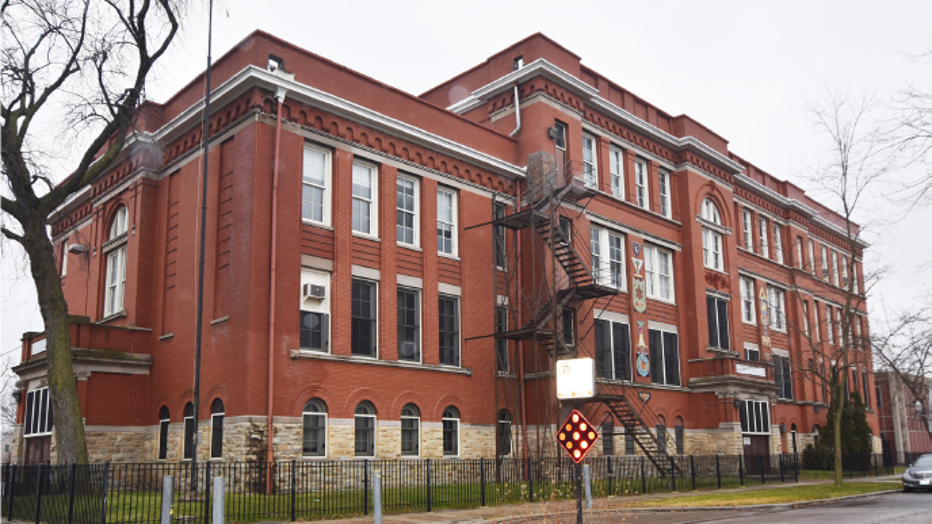 The Charles Warrington Earle School in Chicago’s West Englewood neighborhood is an excellent example of a late 19th century Renaissance Revival style primary school, designed according to  Progressive Era theories regarding optimal childhood educational environments. The building was constructed in 1897 and received a significant 10-room addition in 1900. The school served the West Englewood neighborhood until its closure in 2013. 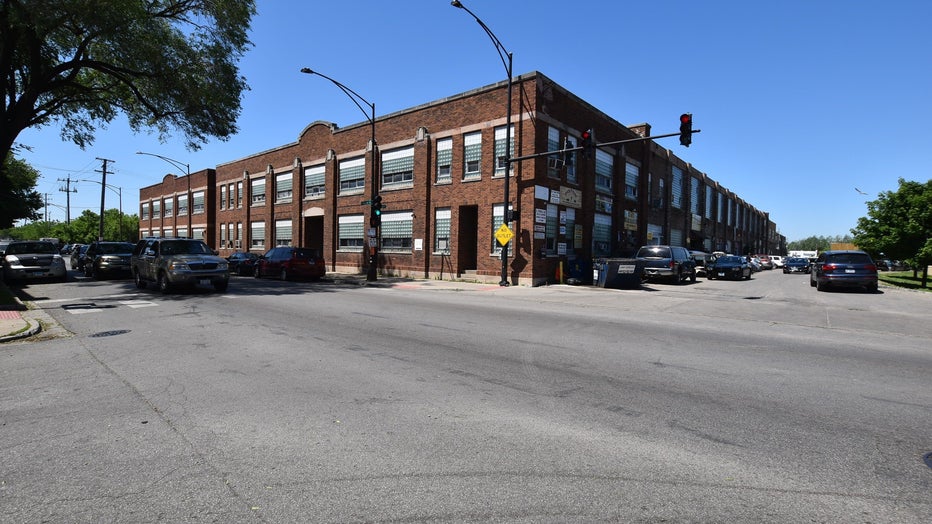 The Pyle-National Company, founded in 1897, built the first reliable electric headlight and generator for steam locomotives. Its success and growth led to the construction of the West Side neighborhood plant in 1916, which housed the company’s headquarters and served as the facility where all its product lines were designed, manufactured and shipped. The plant received several significant additions between 1918 and 1951, and the company remained a prominent manufacturer of steam-driven electric generators and other lighting equipment until 1963 when it shifted exclusively to the manufacture of electronic connectors and other components and moved its headquarters to South Carolina. Pyle-National remained a significant Chicago manufacturer until the plant closed in 1992. 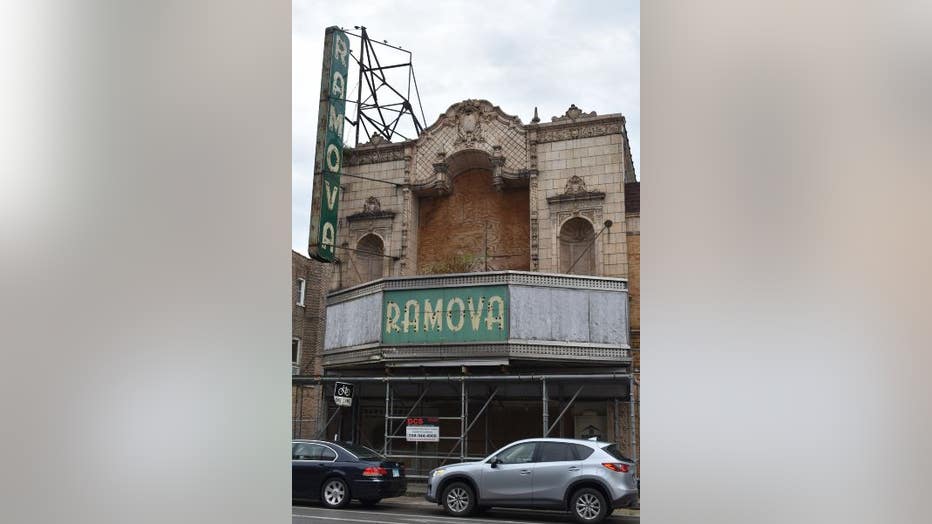 The Ramova Theater exemplifies the design of early atmospheric movie theaters that created an environment of illusion for patrons. The Ramova featured exterior Spanish courtyards within its lobby and auditorium to produce a foreign and elaborate atmosphere. Built in 1929, it was the only movie palace of this grandeur constructed in the predominately working-class Bridgeport neighborhood. The movie theater closed in 1985, and the adjoining commercial block, which was home to numerous neighborhood businesses, remained open until 2012 when it was remodeled. 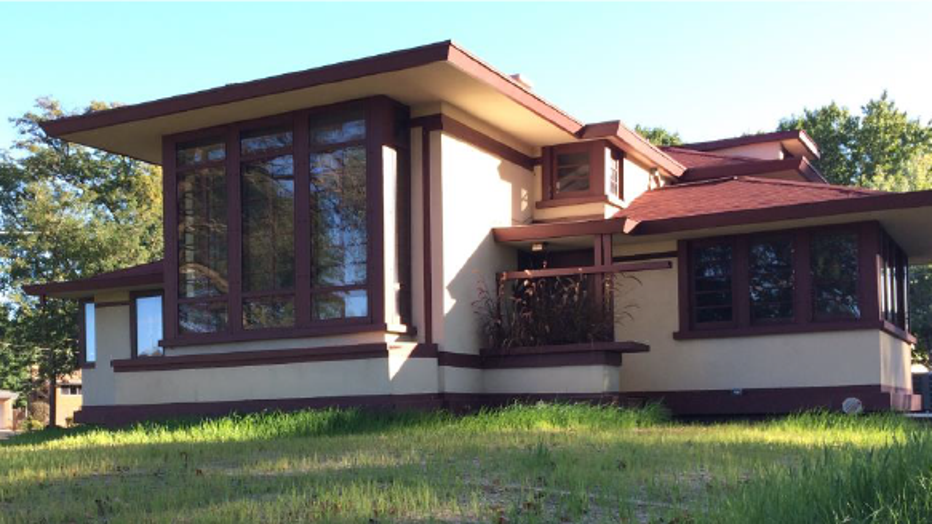 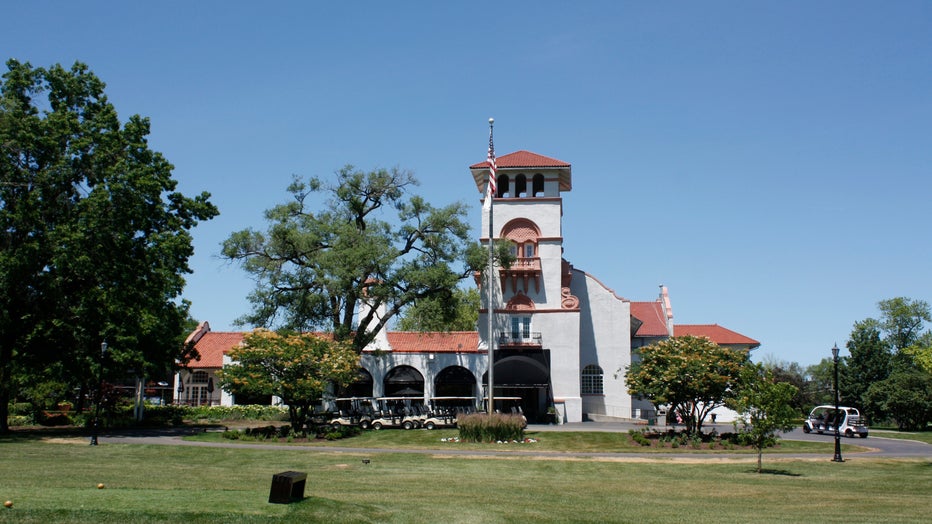 Ravisloe Country Club, an early golf club in the Chicago region, was the area’s first Jewish-membered country club. Initially laid out as a nine-hole course, it was redesigned by master golf course architect Donald Ross between 1916 and 1920. Ross’s design used the naturally undulating landscape and inventive hazard placement to create an innovative playing experience. The club is also significant for its architecture and features a Spanish Revival clubhouse designed by George C. Nimmons.

Other sites in Illinois that made the list include:

The Abel E. and Mildred Fagen House, designed in 1948 by the architectural firm Keck & Keck, is an excellent example of the Modern Movement in residential architecture with Wrightian influences.  Built of natural materials, including limestone, cedar and glass, the design shows careful attention to detail while eschewing historic references. Currently being rehabilitated and restored, the house continues to express the Keck firm’s vision for Mildred and Abel Fagen.

The Col. George H. Paddock Home was built in 1903 in the Queen Anne style of architecture with Classical Revival details. Queen Anne characteristics of the home include stained-glass windows, cross gables, irregular massing, bay windows and wrap-around porches. Classical features include columns with classical orders, dentils, broken and triangular pediments and triple windows. The house fell into serious disrepair after sitting vacant for three years, but it has been returned to its former grandeur thanks to the dedication of its current owners, who performed a lengthy and ambitious restoration after they purchased the property more than 40 years ago.

Constructed in 1876, the Witwer House is locally significant as an example of the Italianate architectural style with Gothic Revival influences. The property retains its original masonry carriage house, also constructed in the Italianate style. Current owners restored the house in a manner that exhibited great attention to detail – from the exterior millwork and original shutters to the interior with its meticulously grained walnut and burl wood doors, original wall stencils and period decorating. In 2019, the Witwer House was awarded local landmark status by the Rockford Historic Preservation Commission.

Founded in 1836, the Oakland Cemetery Historic District is significant for its landscape design and funeral art. Initially a family plot for a local minister, the burying ground later was expanded and eventually established as a community cemetery. Named Oakland Cemetery because of all the oak trees that grew on the land – many of which are still standing today – the new cemetery was designed by landscape architect L.L. Herron in the 1860s. An example of a rural garden cemetery, Oakland Cemetery is identified as such by its gently rolling land, winding paths, numerous trees and elaborate monuments. The historic district comprises more than 40 acres, over half the area of the current cemetery, which has been in continuous use for more than 150 years.

As the only hotel in the Village of Shabbona, the Shabbona Hotel played a vital role in the community’s commercial history. The hotel was completed in 1899 and built by local builder John Swanson and his son Joseph. Over the years, it has provided lodging and space for offices, meeting rooms, dining and entertaining for merchants, guests, travelers, railroad men, businessmen and the citizens of Shabbona. The property continued to be used as a hotel until 1938, when it was converted into apartments.

The Jerseyville First Presbyterian Church is significant as an example of Victorian Gothic architecture, which was popular during the mid-to-late 1800s. The church is identified as such by its heavy masonry construction, pointed arch openings and time of completion. The sanctuary has a cloth-covered ceiling for acoustic purposes, and its layout shows characteristics of the auditorium plan, a design promoted by a 19th century American architect to address the spatial and acoustical shortcomings found in traditional church plans. The church has served as a house of worship continuously since it was built in 1882.

The Hobbs Building is significant for its eclectic mix of architectural styles. Built in 1895, the monumental brick, limestone and terra cotta commercial building exhibits characteristics of Romanesque, Queen Anne and Exotic Revival elements as displayed in the polygonal corner turret, Roman masonry arches, prominent bay windows and heavy limestone detailing. The building’s architect, James E. Minott, produced other eclectic buildings in Aurora and the surrounding area, which showed a great capacity in his range of design.

The Pope Brace Co. Building originally was constructed in 1922 for the Paramount Knitting Co. as a manufacturing and repair facility for the company’s textile machines. Beyond manufacturing machinery for the nationally prominent hosiery company and selling to other textile companies, the building was integral in the development and manufacture of devices utilized for the treatment and use of polio victims. Following the polio diagnosis of Paramount owner Henry Pope Sr.’s daughter, the Pope Brace Division of the Paramount Textile Machinery Co. was created to develop orthotic devices and treatment equipment that positively impacted polio treatments in the United States. At the Pope Brace Co. Building, the company developed both the Klenzak brace, a better alternative to the heavy cumbersome braces used in the early years of the polio epidemic, and the Hubbard Tank, a form of hydrotherapy for polio victims. Both inventions played prominently in the early-mid-20th century treatment of polio. These treatments were furthered in efficacy through Henry Pope’s personal relationship with Franklin Delano Roosevelt, who utilized the Klenzak brace and partnered with Pope to purchase the Warms Spring resort, which was famously utilized for polio rehabilitation.

The Fairview Sanatorium was constructed by McLean County to fill a growing need for an adequately sized and well-equipped facility to isolate and treat tuberculosis cases. The building exemplifies the significant history of the methods developed for the treatment of tuberculosis, an extremely deadly communicable disease for which no cure was widely accepted until after World War II. Fairview remained a critical component in McLean County’s health system at a time when the treatment of tuberculosis was becoming increasingly effective because of advances in procedures for both the identification and improvement of infected patients. The sanatorium building served as McLean County's treatment facility and housing for patients with tuberculosis from its construction in 1919 until its closure in 1965.

Verdurette, a historic farmstead in rural Mercer County, is significant for its architecture. The main house was built in 1855 by William Drury, an early non-native settler of New Boston, in the Gothic Revival style. The full-width Classical Revival porch was added in the early 20th century. The farmstead includes two barns, a carriage house, summer kitchen, pump house and a pigeon house. Additionally, Verdurette features an array of historic cast-iron objects, including a fence resembling tree branches, several statues and a fountain. Presently, the property continues to function as a working farm with other modern farm buildings directly adjacent to the nominated farmstead.