Father Michael Pfleger of St. Sabina Church is offering a $15,000 reward, $1,000 for each of the victims, for information leading to the arrest of the shooters who wounded 15 people&nbsp;Wednesday at a Gresham funeral home.

CHICAGO - Father Michael Pfleger of St. Sabina Church is offering a $15,000 reward, $1,000 for each of the victims, for information leading to the arrest of the shooters who wounded 15 people Wednesday at a Gresham funeral home.

“This is a war zone!” said Pfleger.

Outrage has erupted from community and city leaders over the violence the city of Chicago continues to see.

"We've got to draw the line and stop it, and if money helps people come forward and stop it, so be it," said Pfleger.

The shooting happened about 6:30 p.m. as people left a funeral in the 1000 block of West 79th Street, Chicago police said.

FOX 32's Michele Fiore with the latest on the mass shooting after a South Side funeral that injured 15 people.

The 15 victims were being treated at five area hospitals, police said. They were listed in conditions ranging from serious to critical. All the victims ages range from 21 to 65-years-old, police said. Ten of them are women.

“Someone listening has valuable information that could to their apprehension and bring a measure of justice to the victims,” said Chicago Mayor Lori Lightfoot at a news conference on Wednesday.

Police said they were investigating the motive and couldn’t say yet if the shootings were gang-related. 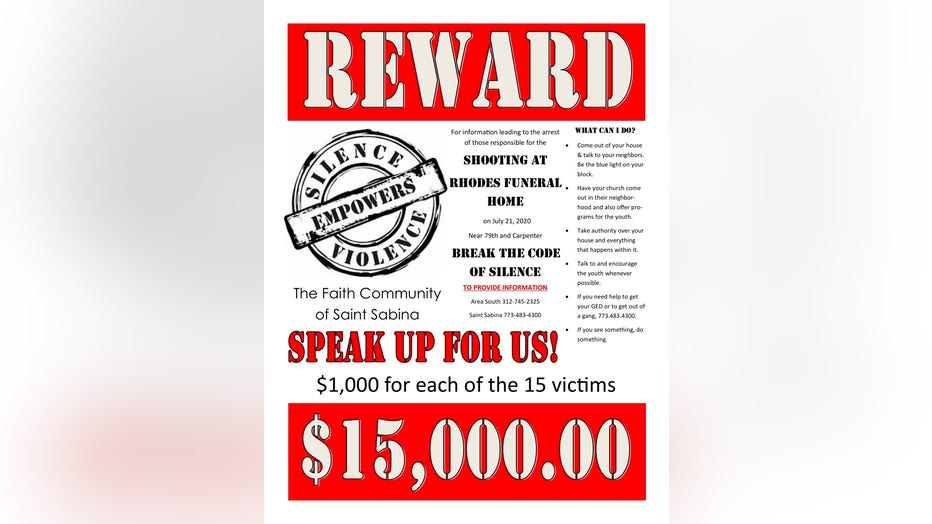