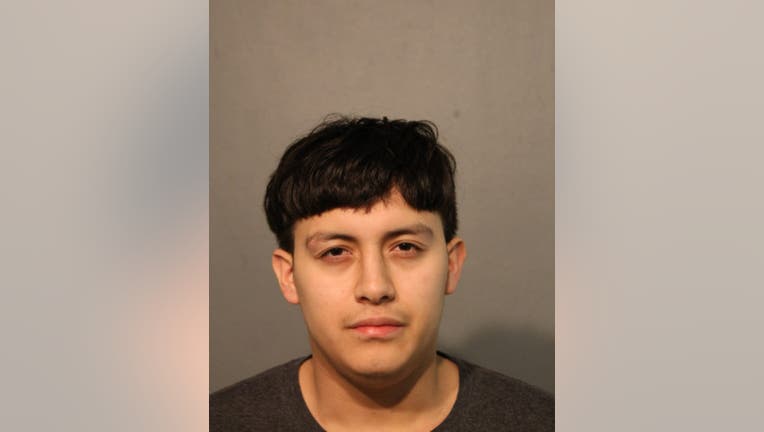 CHICAGO - Two people face charges after a 16-year-old girl was shot and wounded Wednesday in Montclare on the Northwest Side.

Juan Jimenez, 18, and a 17-year-old boy charged as a juvenile each face a felony count of aggravated battery with a firearm, Chicago police said.

Someone pulled up in a white Nissan and fired shots into the Ford, hitting the girl in the shoulder, police said. She was taken to Stroger Hospital in good condition.

Jimenez and the 17-year-old were arrested shortly after the shooting, police said.

Jimenez, who was also wanted on two warrants, was ordered held on $1 million bail during a hearing Friday, according to Cook County court records. His next court date is scheduled for March 18.