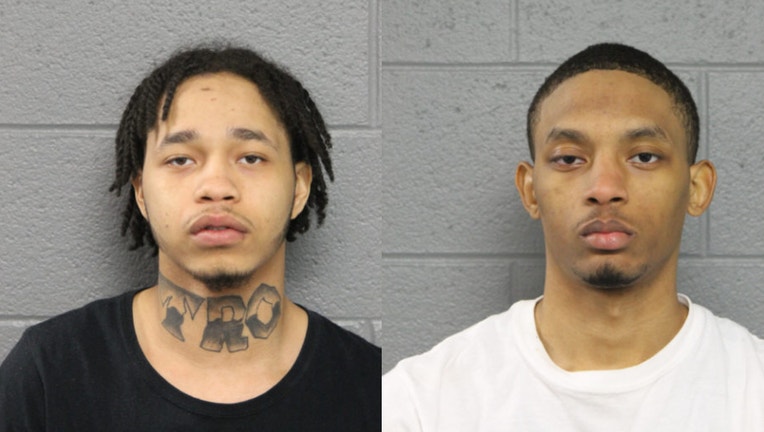 CHICAGO - Two 20-year-old men are accused of firing shots at a man before trying to take his vehicle Sunday in Lawndale and then carjacking a woman who stopped to observe the incident.

Dakari Davis and Ladon Braxton are each charged with attempted murder, aggravated unlawful use of a weapon, attempted vehicular hijacking and aggravated possession of a stolen vehicle, Chicago police said. All charges are felonies.

Davis and Braxton allegedly opened fire on a 45-year-old man about 9:09 p.m. in the 3800 block of West 13th Street and then unsuccessfully tried to take his car, police said.

The duo then allegedly carjacked a 23-year-old woman who had stopped nearby to observe the attempted carjacking, police said.

Both were arrested after a brief foot chase blocks away minutes later, police said.

Davis and Braxton were expected to appear in court Wednesday.