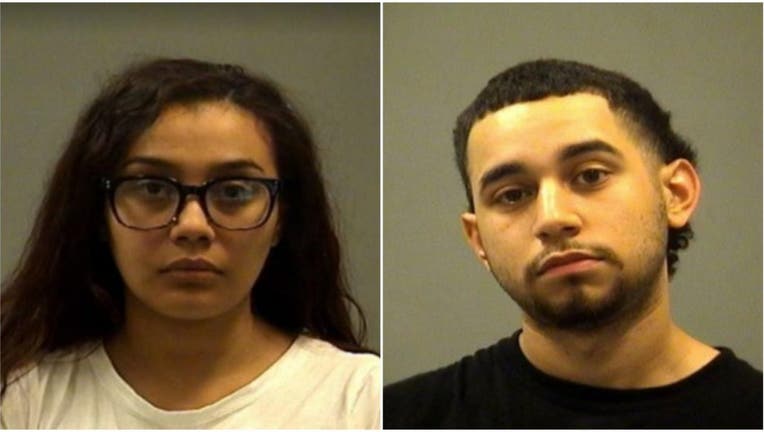 JOLIET, Ill. - Two people are charged in connection with the fatal shooting of a 18-year-old man Sunday in suburban Joliet.

Paola Diaz, 26, and Adrian Bibian II, 29, are each charged with murder in the death of Jwaun Jones, Joliet police said in a statement.

Jones was shot Sunday while riding in a vehicle about 9:20 p.m. near Western Avenue and North Bluff Street and was driven to St. Joseph Medical Center, where he died, police said.

On Monday, Diaz and Bibian were in a vehicle that was allegedly used in the murder when they were pulled over by detectives near Jackson and Herkimer street, police said.

Diaz and Bibian were taken in for questioning, and detectives determined the gun used in the shooting was at a residence on Oneida Street, police said. Officers recovered the weapon during a search and charged the pair with Jones’ murder.

Both were scheduled to appear in court Wednesday.