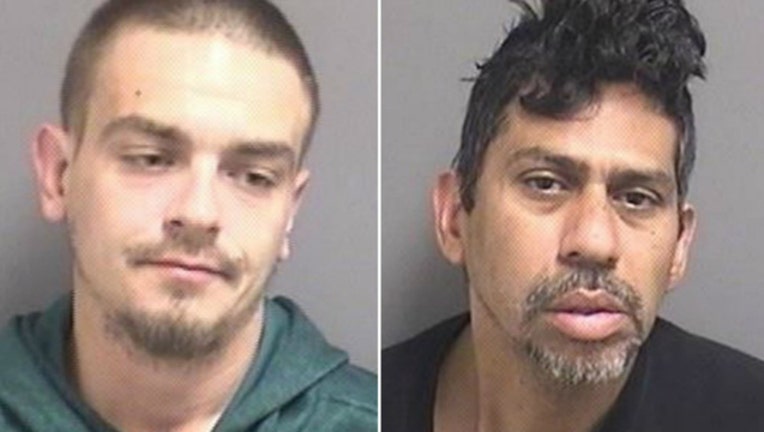 Nicholas Roberto, 28, of the Austin neighborhood, and Paul Alvarez, 49, of the Hermosa neighborhood, were each charged with felony residential burglary, according to a statement from Orland Park police. Alvarez also faces felony counts of aggravated battery to a peace officer and possession of a controlled substance, while Roberto was also charged with misdemeanor counts of possession of drug paraphernalia and resisting a peace officer.

About 5:30 a.m., officers responded to a call of a suspicious person walking around a home near the intersection of Vail Court and Arbor Drive, police said.

When officers arrived, they found Roberto and Alvarez inside the attached garage of a nearby home and noticed the side door had been forced open, police said. Roberto ran away before Alvarez shoved and officer and took off.

The officer ran after Alvarez and eventually took him into custody, police said. Officers then found a small amount of suspected cocaine tucked into his sock.

One of the officers was injured while Alvarez was being apprehended, police said.

Both men are expected to appear for a bail hearing Saturday at the Leighton Criminal Courthouse at 26th Street and California, police said.