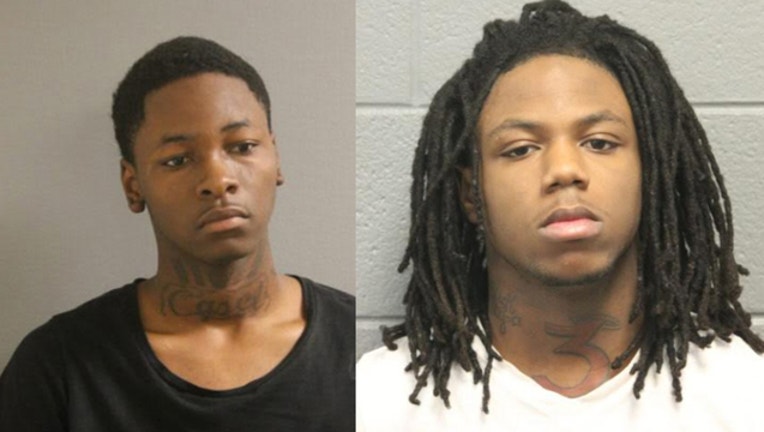 CHICAGO (SUN TIMES MEDIA WIRE) - Two Chicago men were sentenced to 11 years in federal prison for an armed carjacking they committed years ago in Goose Island on the North Side.

Jason Dortch and Davontae Jones, both 20, pleaded guilty to carjacking and weapons offenses related to the November 2017 incident in which they stole a Jeep Grand Cherokee and hit the Jeep's owner with the gun, according to a statement from the U.S. Attorney for the Northern District of Illinois' office.

After stealing the Jeep in the 800 block of North Racine, Dortch and Jones led police on a high-sped chase on the Eisenhower Expressway, where they crashed near Harlem Avenue, prosecutors said. They were arrested after a short foot-chase.

"In a city that has seen carjackings and shootings in staggering numbers, violent crimes like the ones the defendants committed should not be tolerated," Assistant U.S. Attorneys Jeannice W. Appenteng and Kalia Coleman said.

The case was investigated by the Chicago Police Department in collaboration with several federal authorities.