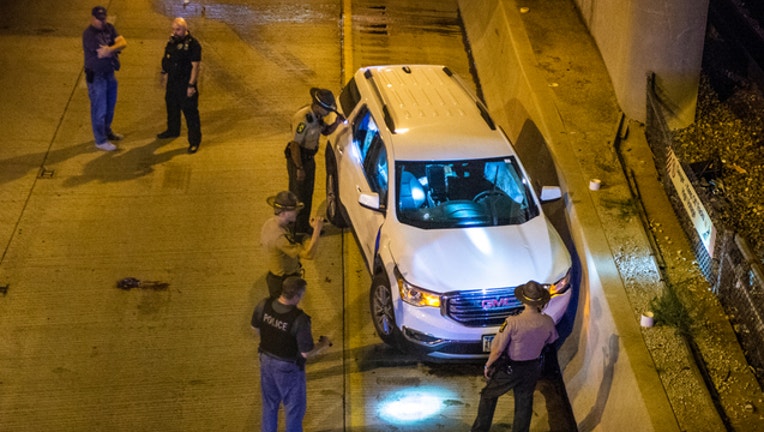 CHICAGO (SUN TIMES MEDIA WIRE) - Two children were shot to death and four men were wounded by gunfire between about 1 a.m. and 6:30 p.m. Monday in shootings across the city.

Twin 10-year-olds were shot to death in an apparent murder-suicide at 11:04 a.m., in the West Rogers Park neighborhood on the North Side, authorities said.

The boy and girl, Mason and Addison Sanders, were found in a home in the 6200 block of North Richmond with gunshot wounds to the back of their heads, according to Chicago police and the Cook County Medical Examiner’s Office. They were pronounced dead at the scene.

A 45-year-old man was also found dead in the hallway of the home, authorities said. He had suffered a self-inflicted gunshot wound to his face. His identity has not been released.

The most recent shooting happened about 6:30 p.m in the Back of the Yards neighborhood on the South Side.

A 27-year-old man was standing in an alley in the 4700 block of South Ashland when a dark-colored vehicle pulled up and someone inside fired shots, striking him in the forearm, according to police.

He was taken to University of Chicago Medical Center, where his condition was stabilized, police said.

About 2:35 a.m., a man was wounded in a drive-by shooting in the Lawndale neighborhood on the West Side.

The 54-year-old was walking outside when someone inside a passing vehicle shot him in the 1200 block of South Springfield Avenue after conversing with him, according to police.

He was taken to Mt. Sinai Hospital, where his condition has stabilized, police said.

The first shooting of the day left two men seriously wounded on the Dan Ryan Expressway on the South Side, police said.

Shortly after 1 a.m., a white SUV was traveling in the outbound lanes of the expressway near Garfield Boulevard when a black car pulled up and multiple people inside opened fire, according to Illinois State police.

The SUV pulled off to the shoulder and hit a concrete barrier next to the Red Line stop at Garfield, police said. The black car sped off.

State police said their conditions were serious. Three other passengers in the SUV were not injured, police said.

A woman who showed up shortly after the shooting was heard crying, “My brother’s dead.” Officials haven’t confirmed a fatality from the shooting.

On the shoulder of the expressway, police investigated the SUV that had crashed into a median wall. The deployed driver’s side airbag was covered with blood and a single bullet hole could be seen in the windshield.

Splattered blood was on the ground nearby.

All outbound express lanes were closed for hours Monday morning for an investigation, police said. Lanes reopened at 7:05 a.m.

On Sunday, nine people were wounded in city shootings.