Authorities say two people have been killed, including the gunman, and two others injured in a shooting in Rhode Island.

WESTERLY, R.I. - A shooting Thursday at a Rhode Island affordable housing complex for elderly and disabled residents left two people dead, including the gunman, and two others injured, authorities said.

State Police Supt. Col. James Manni told The Providence Journal that the shooting happened at the federally subsidized housing complex Babcock Village apartments in Westerly, a beachfront town along the Connecticut border. Westerly Police Chief Shawn Lacey told the paper that the gunman was a 66-year-old resident of the assisted-living complex.

Manni said that Westerly and state police went to the room of the suspect and found him dead from a self-inflicted gunshot wound, the paper reported.

A 47-year-old employee of the residential complex was killed, Lacey told the Journal.

Two of the victims, a 38-year-old employee and a 67-year-old resident, were wounded and rushed to the hospital, the report said. 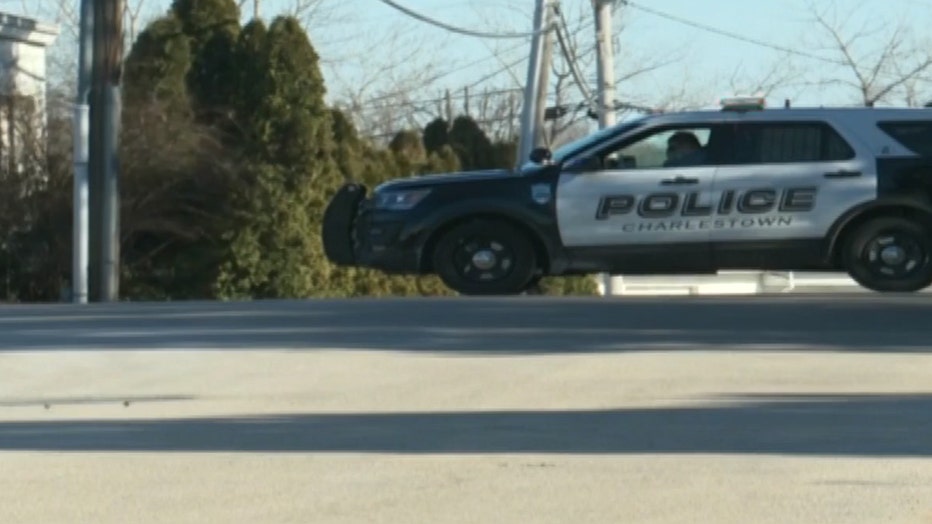 A police cruiser is pictured near the scene of a shooting reported on Dec. 19, 2019 in Westerly, Rhode Island. (Photo credit: FOX Television Stations)

Lacey said the 38-year-old employee, who was in critical condition, was first rushed to Westerly Hospital and then flown to Yale New Haven Hospital. The 67-year-old resident was rushed to Rhode Island and was in stable condition after surgery, according to the Journal.

The first call to the Westerly police came in at 10:32 a.m. after a single person was shot, the report said. When police arrived they were able to identify a suspect by reviewing surveillance footage, after which they determined that a resident of complex was a potential suspect, Lacey told the paper.

Westerly Public Schools were placed on lockdown as a precaution, according to a post on the district’s Facebook page.

The reports of gunfire also prompted Westerly Hospital and some nearby businesses into lockdown.

Police lifted the lockdown at around 12:45 p.m., though it was unclear why. The school district dismissed students early.

Seven workers at a boat repair business next door hid in lockdown after reports of gunfire at the apartment complex, one of those employees Tracy Wise told the Journal.

Wise said the workers gathered at In Motion Marine Repair for a company Christmas party when "everyone’s phones just started going off" about the shooting.

“It’s a little scary knowing the guy may be running around behind us,” she said. “I don’t like being this close to something like this. We heard all the schools are in lockdown. It is not my time to die.”

Rhode Island Gov. Gina Raimondo said on Twitter that she was “closely monitoring the situation.”

“I am closely monitoring the situation in Westerly and in constant contact with Rhode Island State Police Col. Manni. I stand with the people of Westerly and all Rhode Islanders in coming together to support the victims and their families during this difficult time.”

The Bureau of Alcohol, Tobacco, Firearms & Explosives said it was at the scene assisting authorities in the investigation.

This story was reported from Cincinnati and Los Angeles. The Associated Press contributed to this report.