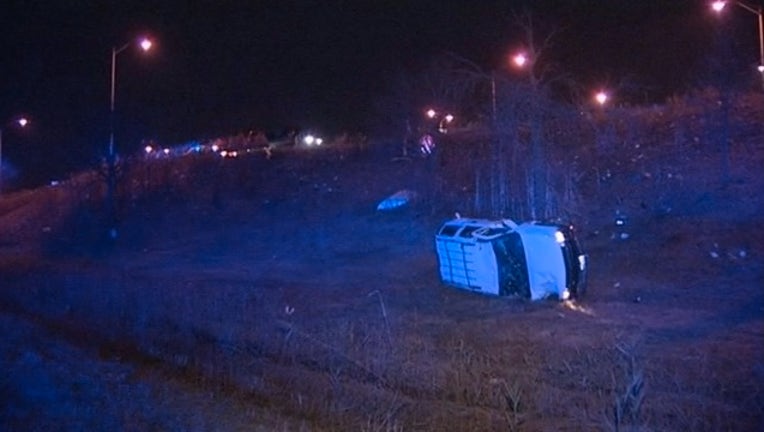 Two people were injured when a van drove into a ditch off a Bishop Ford Freeeway ramp early Tuesday. | Network Video Productions

CHICAGO (Sun-Times Media Wire) - Two people were injured when a van drove into a ditch off of a Bishop Ford Freeway exit ramp early Tuesday on the Far South Side.

About 1:46 a.m., the vehicle drove off the exit ramp from northbound I-94 to 115th Street, according to Illinois State Police.

A white van could be seen rolled onto its passenger side in a ditch next to the ramp early Tuesday.

Two occupants, a male and female, were both taken to Christ Medical Center in Oak Lawn with injuries that were not thought to be life-threatening, police said. One of them was ejected from the vehicle during the crash.