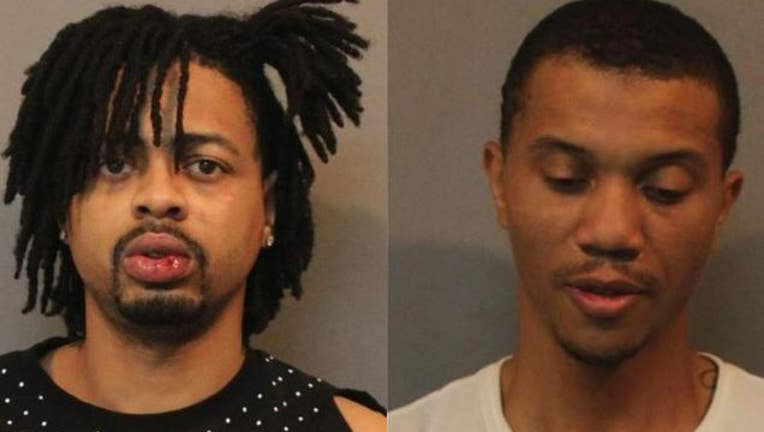 LAKE COUNTY, Ind. - Two Illinois men have been charged with fleeing from police in Indiana in a vehicle that was stolen in Chicago last November.

Michael Lewis Jr., 26, of Chicago, has been charged with theft, auto theft and resisting law enforcement.

At about 7:35 p.m. on March 20, an officer with the Lake County Sheriff's Department Drug Task Force – High Crime Unit was participating in a joint overnight enforcement operation that was targeting stolen vehicles.

The officer observed a Jeep Grand Cherokee that failed to stop at a red light at Interstate 65 and US-231.

The officer heard on his police radio that a vehicle matching the description of the Jeep had already attempted to evade a Munster police officer, who was also participating in the patrol, authorities said.

The Lake County officer attempted to make a traffic stop, but the Jeep entered the northbound entrance ramp to I-65 and accelerated.

Indiana officials are making an informal pitch to recruit Chicago police officers who are disgruntled with the city's vaccination mandate.

At the US-30 overpass, the fleeing driver slowed as he approached police vehicles that were positioned in an attempt to stop the vehicle.

The driver attempted to go around the officers and drove down the wrong way on a ramp.

The Jeep then sideswiped a civilian vehicle — which left the scene, authorities said.

The Jeep reentered I-65 and struck stop sticks that were placed by police.

A rear tire began to deflate and fell off the vehicle.

Authorities said the Jeep crashed into the median and two male occupants got out and ran westbound toward Merrillville High School.

A K9 pursued and stopped one of the men.

Both were eventually placed into custody.

The Jeep was reported stolen out of Chicago in November 2021.

There was a Massachusetts license plate on the car that had been reported stolen from the University of Notre Dame in South Bend in January of this year.